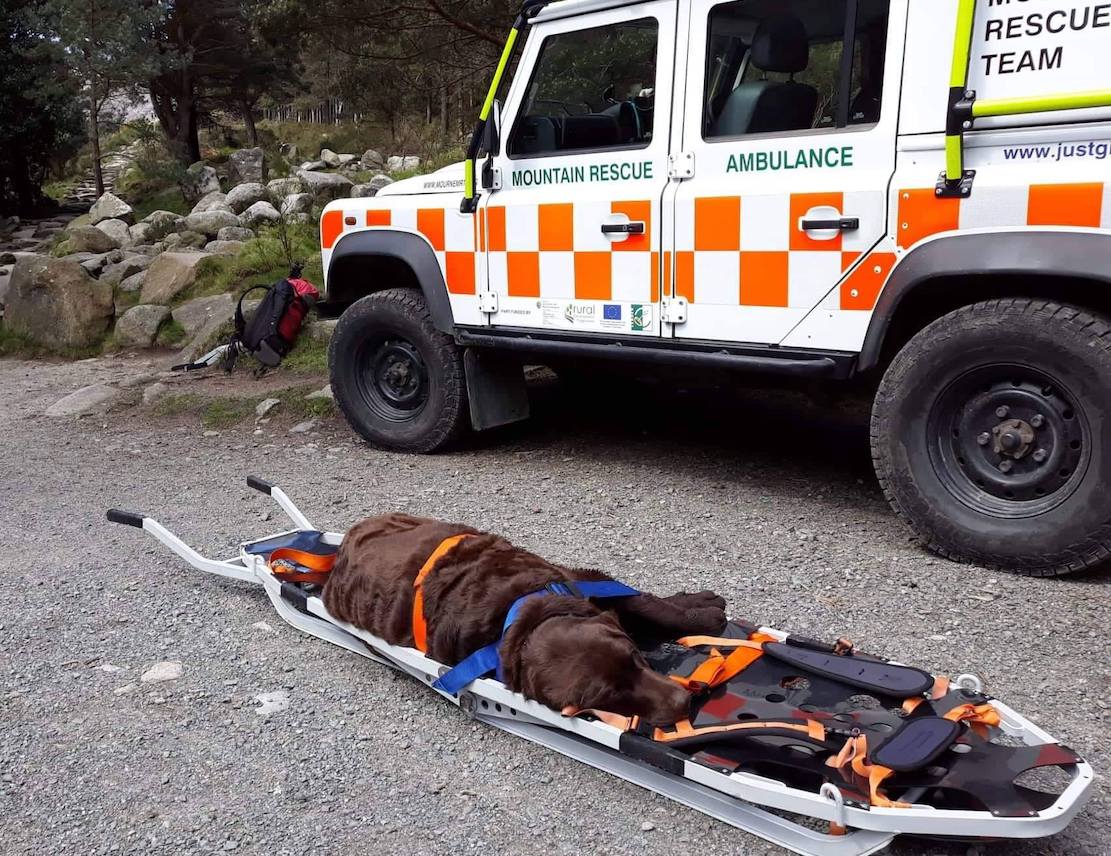 The owner of a dog who had to be rescued from the Mourne Mountains earlier this morning has thanked all those who helped.

Bud the dog had become unwell as he and his owner began the trek down Slieve Donard, having began their ascent around 5am.

Members of the Mourne Mountain Rescue Team (MMRT) responded in typically swift fashion shortly after 10am.

A spokesperson for the Team said: “The dog, who has completed the walk in the past, appeared unable to continue and his owner was unable to carry him unaided.

“The team responded and met the dog and his owner on the track by which time, with assistance from another walker and sheer dogged determination, they had managed to get him well down the Glen River track.

“The dog was carried by stretcher to a team vehicle, in which he was transported back to his owner’s car.

“We have since heard that he is showing signs of recovering well despite a ruff morning.

“Five team members responded and stood down at midday.”

Bud’s grateful owner Linza took to social media to thank all those who assisted.

“Bud would just love to say a massive thank you to the lads and he just didn’t like the 5am start today,” she said.

“You guys rock. Thank you … and Chris from Cookstown who helped me, you are a gentleman. And Bud wants to get you a new ruck sack.”