The crossing linking Counties Down and Louth was one of the key prorities promised in the 'New Decade, New Approach' document 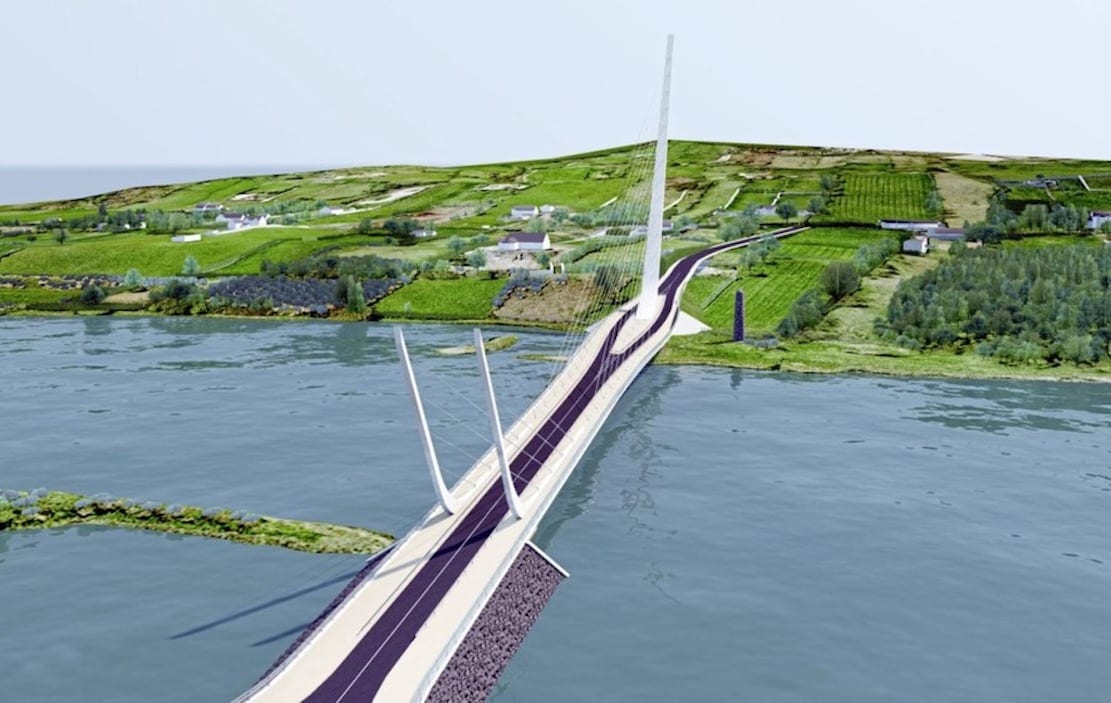 Long-term campaigners for the construction of the multi-million pound Narrow Water Bridge are to meet Infrastructure Minister Nichola Mallon to be given an update on the current state-of-play.

The bridge – which would link Counties Down and Louth – is one of the pieces promised in the ‘New Decade, New Approach’ document published in January.

The paper, which led to the formation of a new Executive and the return of the Northern Ireland Assembly, contained a number of key priorities and commitments.

Campaigners were heartened by the inclusion of the bridge.

And now Infrastructure Minister Mallon has said she will be happy to meet them face-to-face on Wednesday, March 18.

She accepted the invitation issued by South Down SDLP MLA Sinead Bradley, who had asked the Minister to outline how she would ensure the commitments made by the UK Government in the New Decade, New Approach would be reflected in her Department’s priorities.

The Minister said: “The extent to which I can progress the important projects is largely in the hands of the UK Government and the Executive’s Budget.

“To that end, I met Minister Robin Walker and had a positive, helpful conversation with the Secretary of State for Transport. That is in addition to making several representations to our Finance Minister.

“In all those engagements, I sought reassurance on the priority of investment in our critical infrastructure. I am hopeful that the UK Government step up to meet their responsibility and commit the necessary funding required for the delivery of the New Decade, New Approach agreement.

“I hope that my Executive colleagues realise the need to show the public that we can deliver in this place and that they can help me to secure the funding required to invest in our critical infrastructure that will allow us to meet our ambitions collectively, delivering for people right across Northern Ireland.”

The MLA further questioned the Minister as to whether she recognised that a “critical piece of infrastructure” for her South Down constituency was the delivery of the Narrow Water bridge?

Ms Bradley asked: “Will she commit to visiting me and members of the Narrow Water Bridge Community Network, who are eager to see the project delivered as soon as possible?”

Minster Mallon responded: “I certainly recognise the local support for a bridge at Narrow Water to link the communities on both sides of the lough and to take full advantage of the tourism potential in that cross-border area.”

She said she would be in South Down on March 18 and would be “delighted” to meet Ms Bradley and members of the Narrow Water Bridge Community Network to discuss the progression of project.

Added the Minister: “I know that (Ms Bradley) has been advocating for her community for some time and that she is determined to see progress made.

“I am keen to discuss the project with the incoming Minister for Transport, Tourism and Sport, and I am also keen to continue engaging with local communities as we firm up a proposal.

“It is very important to me that I fulfil my commitment to addressing regional imbalance, and it is important that we as an Executive deliver for the people of South Down.”