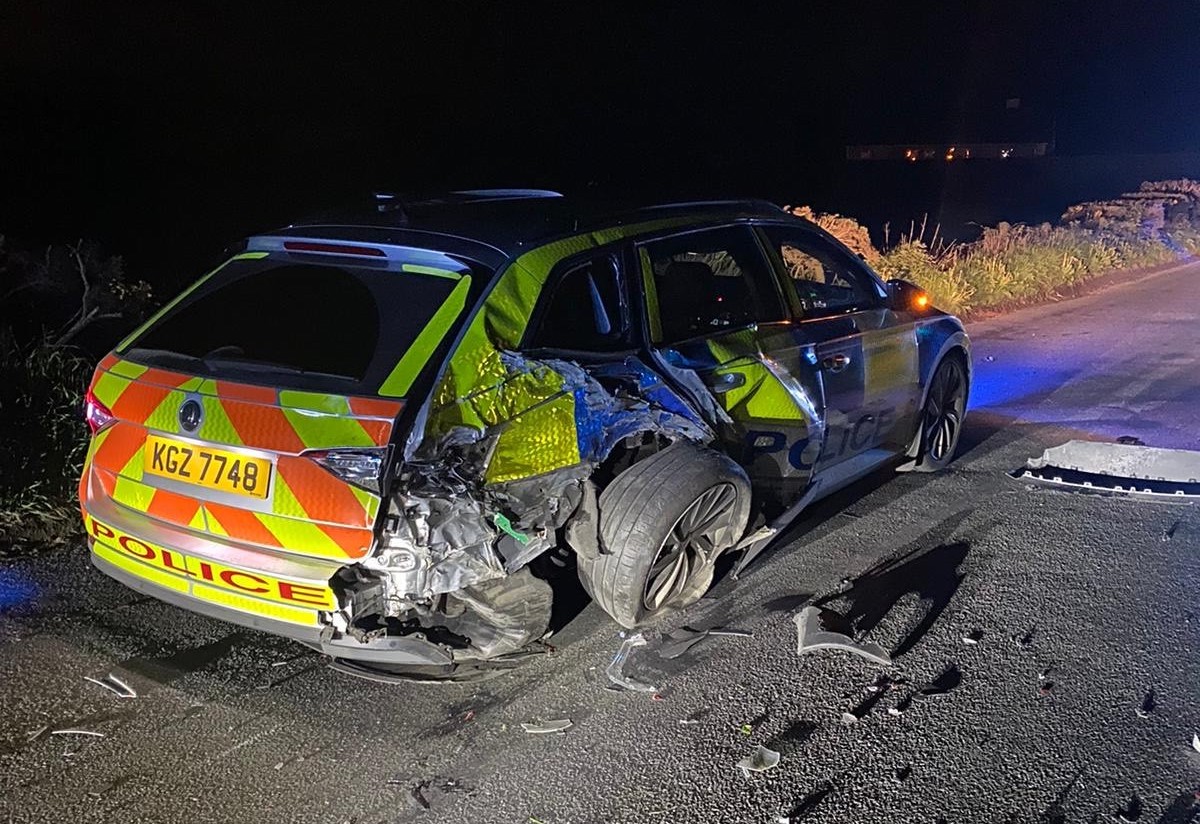 Two police officers have been injured following a road traffic collision in Jonesborough during the early hours of this morning (Friday).

Police are appealing for information after two police officers were injured following a road traffic collision shortly before 3.45am in the Jonesborough area.

Newry, Mourne and Down District Commander Superintendent Norman Haslett said: “The collision occurred in the Molloy Road Lower area of Jonesborough and involved a Police vehicle and a van.

“A white Citroen Berlingo was travelling at speed before colliding with the rear of the Police car. The driver then made off from the scene.

The passenger, a male in his 20s, was detained and has since been released pending further enquiries.

“Two police officers were treated to their injuries at the scene. The police car has also been significantly damaged.”

Superintendent Haslett continued: “This could have had the most serious of consequences for our officers and the public. These were local officers from a Local Policing Team who were carrying out their duties in the early hours of the morning to keep the community of Jonesborough safe.

“The male driver is still outstanding at this time and our enquiries are underway to establish what occurred and anyone who witnessed the collision, or who may have captured it on their dashcam, is asked to call 101 quoting reference 155 of 06/05/22.”