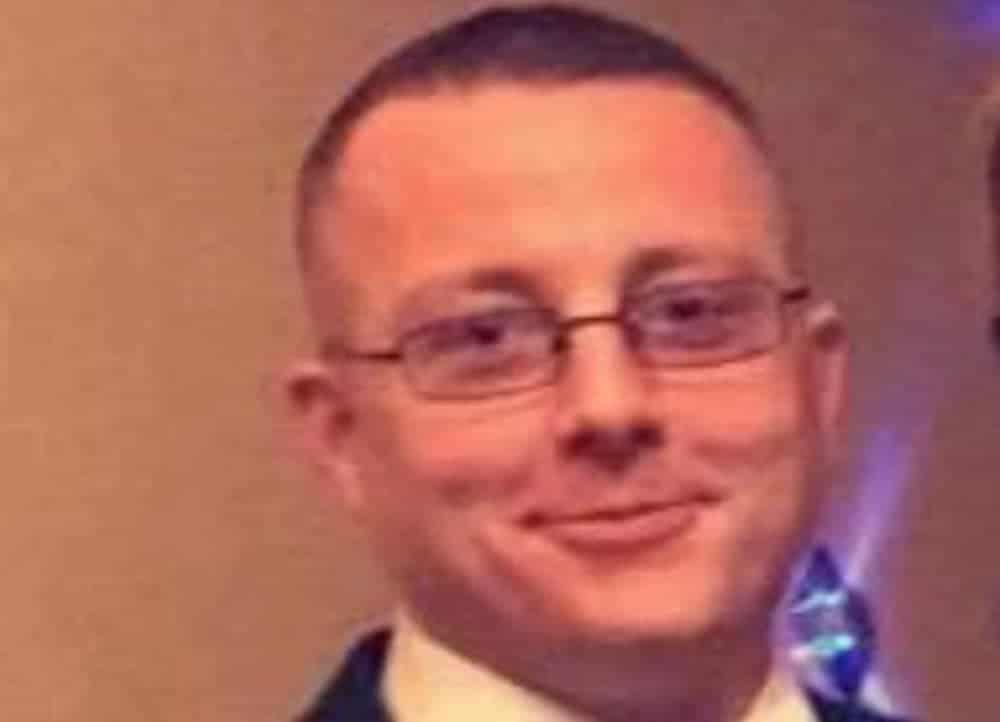 Gavin Toman, who would have celebrated his 36th birthday in less than three weeks, passed away at his Camlough home.

A funeral notice described the keen Manchester United fan as the beloved son of Pauline and the late Jimmy RIP, husband of Orla, deeply devoted daddy to Rhys and Chloe, loving brother of Geraldine, James, Jennifer, Matthew and Daniel, dearest brother in law to Jerome, Laura, Paul and Anna, a cherished nephew, friend and neighbour.

Hundreds of tributes – a reflection of the affection many people had for Gavin –  were paid online to a man many knew as a “true gentleman”.

One woman described him as “the nicest fella you could ever meet” while another, who expressed her shock at his passing, said he was “the best in the world”.

Many referenced Gavin’s sense of humour and how he loved a joke, was up for the craic, and a man who made many people laugh.

He was a man who will be remembered as someone who put smiles on the faces of the people he knew and loved, of whom there are many.

St Joseph’s Boys’ High School in Newry said the school community was saddened to hear of Gavin’s passing; his son Rhys being a Year 9 pupil at the school.

“We send our condolences and prayers to Rhys, his mother Orla and his sister Chloe and their family circle,” the School posted. “May Gavin Rest In Peace. St Joseph pray for him.”

An online funeral notice states that Gavin’s remains will repose at his mother’s residence 65 Oliver Plunkett Park, Camlough. Returning through the village at 8pm approximately on New Year’s Eve.

The Funeral will leave at 12:15pm on Tuesday January 3, 2023 for 1pm Requiem Mass in St Malachy’s Church Carrickcruppen with interment in the adjoining cemetery.

Deeply regretted and sorrowfully missed by his entire family circle, friends and neighbours. Sacred Heart of Jesus, have mercy on his gentle soul.