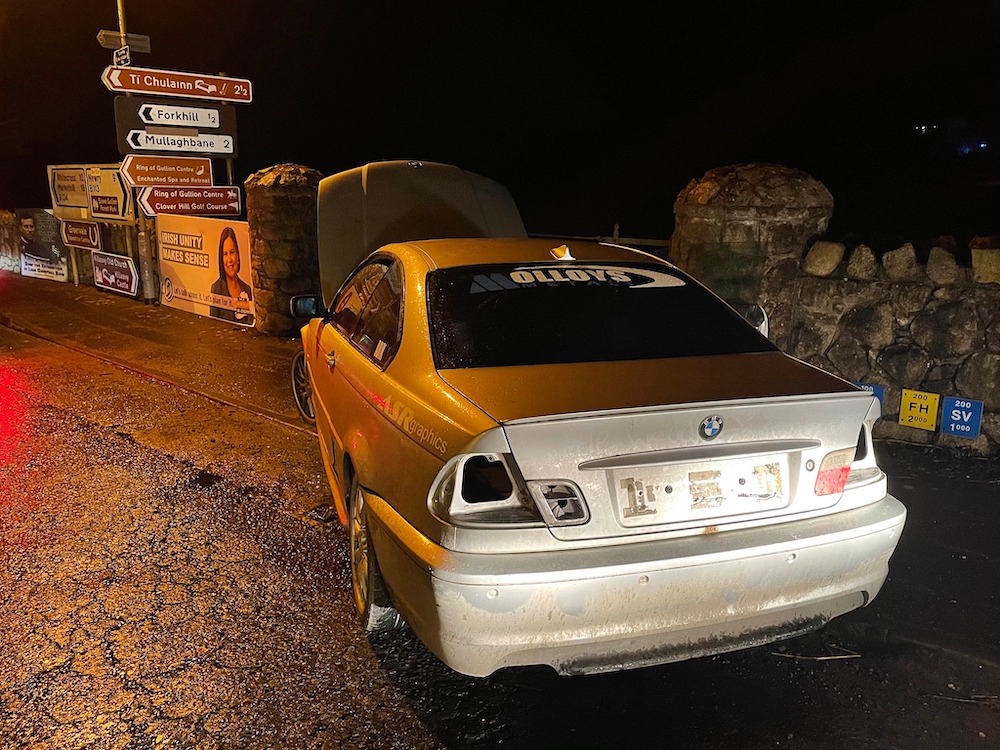 The cross border operation, facilitated by police in Newry and Armagh, as well as An Garda Síochána, saw one vehicle ground to a halt in Forkhill before the driver made off on foot.

A silver BMW had failed to stop for officers who were carrying out a checkpoint.

However, police said the vehicle was brought to a safe controlled stop by the use of a stinger device in order to prevent the possibility of a pursuit.

A police spokesperson added: “As the vehicle came to a halt the driver decided they would take their chances and ‘gave it legs’ across the nearby field; luckily for them they saw sense and gave themselves up to a nearby patrol just before one of our lovely Belgian Malinois [dogs] arrived to play hide and seek with the driver.

“As a result a 20 year old male was arrested on suspicion of a number of motoring offences.”