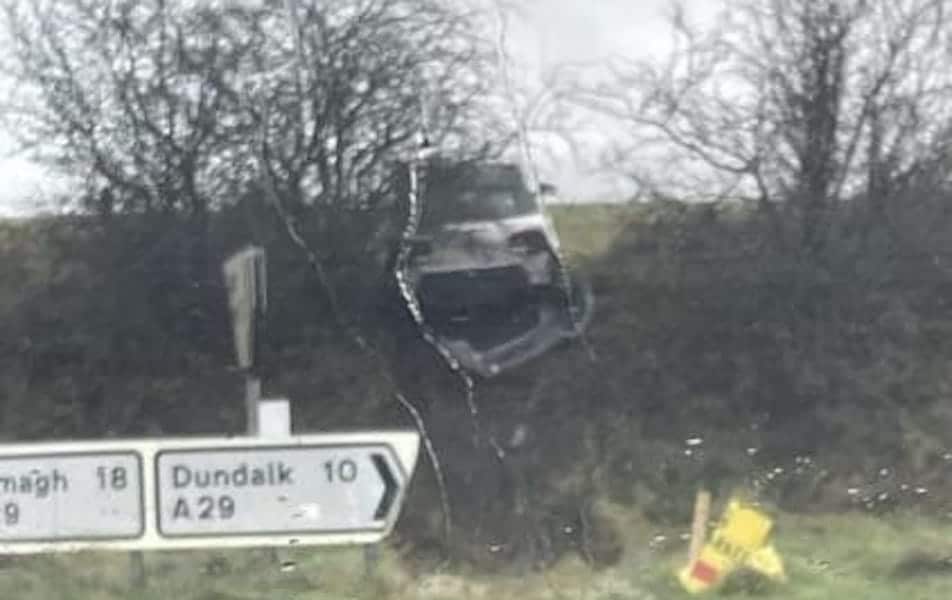 The latest car to go off the road at Fords Cross in Silverbridge. Photo: Councillor Oonagh Magennis

This was the scene after a car ploughed through a crossroads in Silverbridge during the early hours of this morning (Sunday).

Unfortunately it’s yet another sight which is pretty much a carbon copy of one that has gone before, of which there are have been many.

Fords Cross has, for years, been a notorious accident black spot, with a distinct lack of safety features at a main intersection – Newry one way, Dundalk another, Crossmaglen and Newtownhamilton the others.

Despite calls from politicians in the area, the Department maintains the crossroads is safe. These often seen images paint a different picture.

Sinn Féin Councillor Oonagh Magennis, sharing this photo online, said: “A sight seen far too often at Fords Cross, Silverbridge. Still no safety measures put in place, even though this has been raised several times with both DfI and the police.

“Our Slieve Gullion Sinn Féin team will continue to lobby these agencies to get better signage and lighting at this junction before someone is seriously injured or worse.”

Sinn Féin representatives have previously requested neon signings, even a flashing light, to prepare strangers for the junction, which under the cover of darkness, comes at you quickly.

There were no reports of any serious injuries or arrests in relation to this incident.