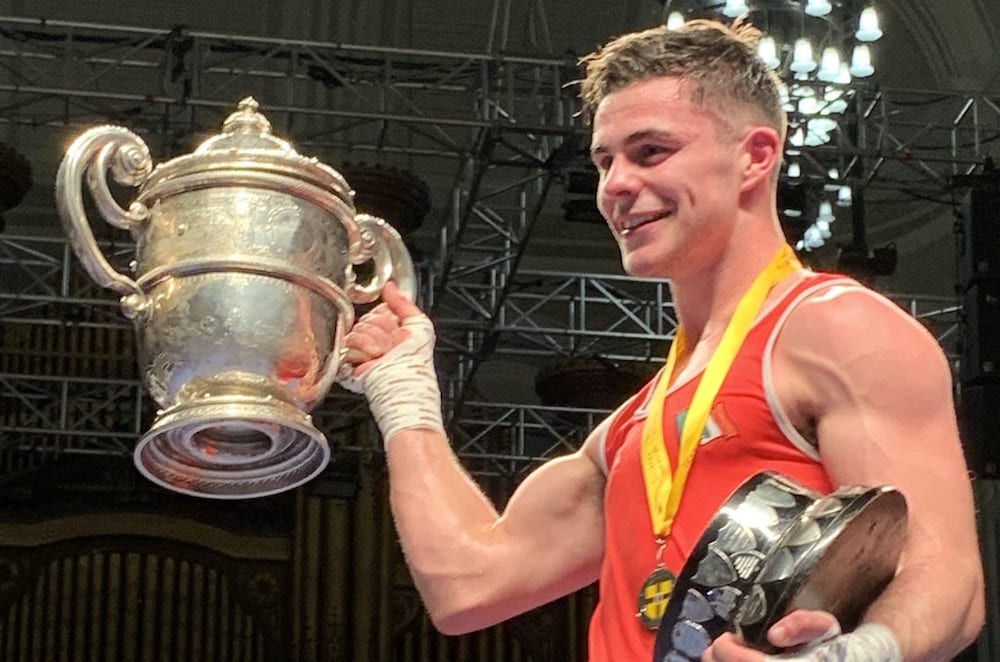 South Armagh boxer Eugene McKeever is hoping to add world honours to his growing medal haul when he competes for Ireland on one of the biggest stages in amateur boxing later this month.

The Championships, which are second only in prestige to the Olympic Games – begin on Sunday.

The 23-year-old, boxing out of the Holy Family club in Drogheda, claimed his first Irish Elite title earlier this month when he defeated Westmeath’s Wayne Kelly.

It followed a week of high performance training in Blanchardstown, and a week of sparring at the English Institute of Sport in Sheffield – home of Team GB Boxing.

McKeever and his teammates fly out to Serbia on Friday ahead of the tournament’s opening ceremony on Sunday.

While McKeever plies his trade with Team Ireland, the south Armagh man continues to pay his respects and appreciation to his home clubs, St. Malachy’s Camlough – where he began his boxing career – and Holy Family in Drogheda where he progressed as a man in the sport.