Since installed last year the Camlough bin has had 3,404 items of drugs left in it 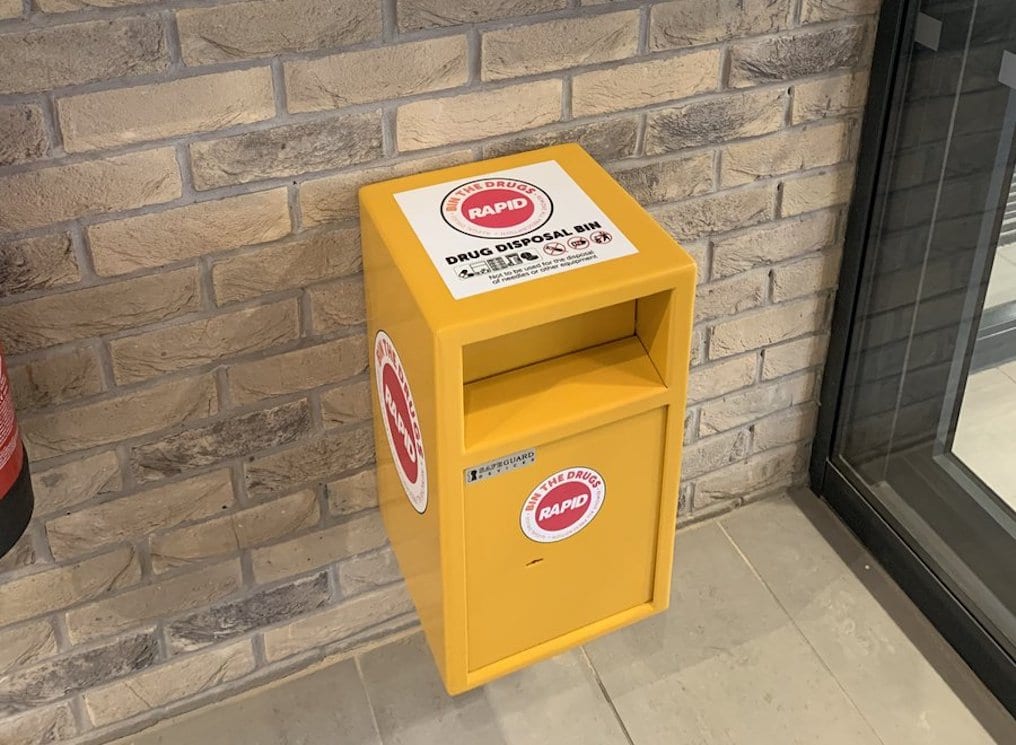 An example of a RAPID drug bin

So many illegal and prescription drugs were placed in a special ‘no questions asked’ bin in a south Armagh village that council is being forced to empty it more often.

There are now five RAPID bins in place across the Newry, Mourne and Down District Council area.

The RAPID stands for Remove All Prescription and Illegal Drugs and the bins allow people to do just that – on an anonymous basis!

The PSNI and Public Health Agency are the lead on the overall initiative and have been supported by local councils and by Newry BID in that area.

It allows drugs, illegal and unwanted, to be taken safely out of circulation.

According to NMD Council’s policing and community safety committee, the bin at Camlough has seen almost as many items placed in it as that at Newry!

The bins were installed last year, with one put in place at the North Street car park in Newry. Another has since been added at Newry Leisure Centre in October, bringing the total number to five.

The others are located at Camlough, Kilkeel and Ballymote.

The latter has yet to be emptied.

But of the three which have, the Newry North Street bin had 3,462 drug items deposited in it.

And at Camlough village, the figure was close to the same, with just 58 fewer items – 3,404 – being left there.

Given the information provided to committee, the figure in Camlough has come as something of a surprise but has been welcomed.

But council officers, in a report to committee, recommend: “Due to the high level of use this bin now needs to be emptied more frequently.”