‘Passionate’ calls to put South Armagh on the tourist map 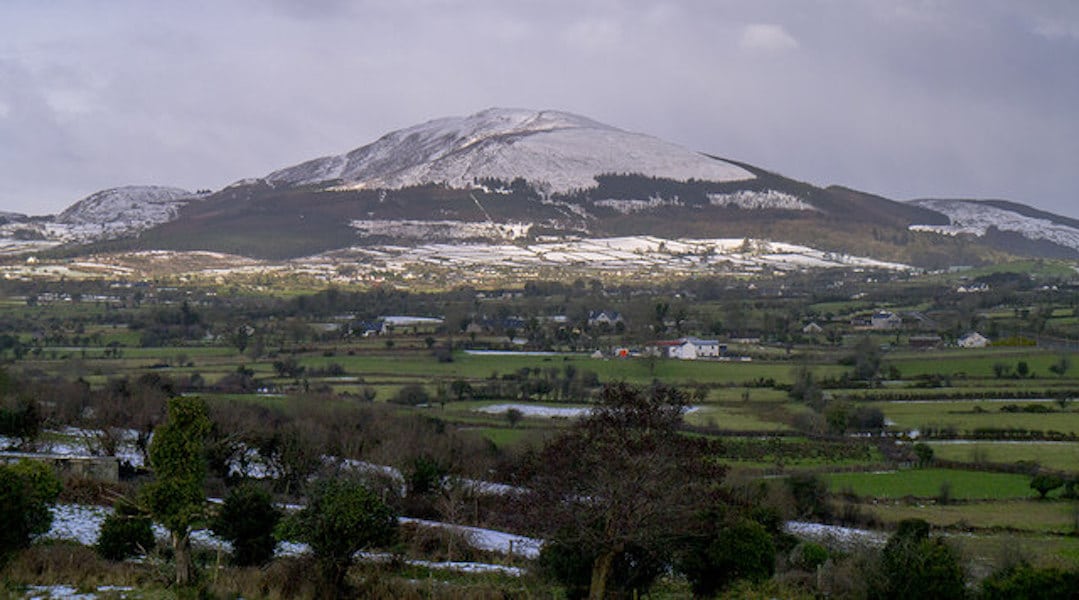 The view north from Moyry Castle in south Armagh towards a snow-capped Slieve Gullion. Copyright Rossographer

A council has been accused of being “intransigent, divisive and dismissive” in promoting South Armagh as a tourist destination.

The criticism of Newry, Mourne and Down District Council came at a public meeting in Forkhill this week.

The SDLP, which organised the meeting, said it had secured unanimous support from all political representatives for an overhaul of  the council’s proposed tourism strategy.

Pleas were heard from tourism providers for a concerted effort to protect the identity of South Armagh and ensure it is prominently represented.

Speaking after the meeting, chair Killian Feehan described the passion on display as “hugely emboldening” and said the area had many strengths which make it a “compelling tourism product”.

He said: “People in South Armagh have huge pride in where we come from, and that is why we in the SDLP called this meeting – to afford people the chance to be heard and to secure political consensus, so that we are all rowing in the same direction.

“Through a combination of outstanding natural beauty, incredible heritage, as well as the sheer grit and determination of our local tourism providers and the wider community, we have an authentic, vibrant, and compelling tourism product in this area, that can and should be competing on the international stage.

“The SDLP is determined to drive and support the continued growth of the South Armagh tourism industry, and we have set out our stall on how that can be done: by ensuring that South Armagh is at the heart of the council’s tourism strategy, and by expanding the Ireland’s Ancient East tourism destination to include counties Armagh and Down.”

The party’s Slieve Gullion councillor Pete Byrne said that, to date, the process for securing inclusion within the council’s tourism strategy had been frustrating.

“Council have been intransigent, divisive, and dismissive,” he said. “They’ve promised everything and delivered nothing.

“South Armagh tourism providers have provided comprehensive input throughout the consultation process, yet not a single part of that feedback has been reflected in the draft strategy.

“Bizarrely, the council have now decided to have a third consultation session and the very simple question that has to be asked is: why?

“South Armagh tourism providers have already made it crystal clear what is required, and that was clarified again at the public meeting on Tuesday.”

Councillor Byrne added: “For council to seek to relegate South Armagh to a status of secondary significance is unacceptable. This has been at the crux of the SDLP’s campaign – we are not looking for special treatment, or a leg up above everyone else, but we know our worth and we want parity of esteem and a fair crack of the whip.

“The takeaway message from the public meeting was clear: ‘we’re not complaining, we’re advocating’.

“We have identified a series of roadblocks that are preventing South Armagh tourism from moving to the next level. Council have refused to remove them, but now that we have received a commitment from all political representatives in South Armagh to put party politics aside and put our people first, we have the political strength to overcome them.

“I will be holding those other political parties to their commitment, and ensure that they honour their word.”

Newry, Mourne and Down District Council was contacted for comment.