One remains in hospital as police appeal for information 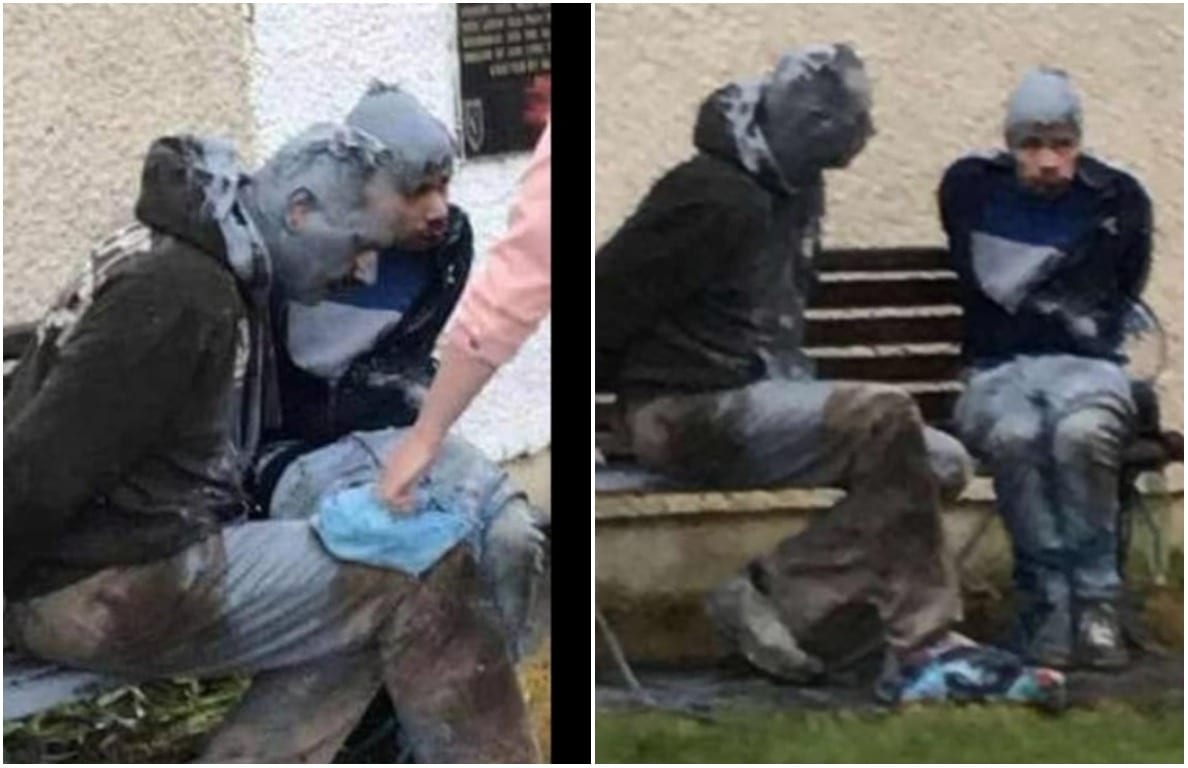 Two convicted paedophile pals were kicked and beaten with iron bars before being covered in paint.

And police – while praising the community response to appeals for help in finding them – have said they are now investigating a “serious assault”.

James White and Jason Lydiard – also known as Alexis Guesto – were taken away by police in Mullaghbawn on Saturday night.

They were found tied up on a bench.

Police say one of them remains in hospital being treated for injuries.

The pair – who had been on the run sparking a major manhunt – will appear before the courts “at the earliest opportunity” for the offences for which they were being sought.

The officer leading the search and investigation provided a detailed update this afternoon (Sunday) and has appealed for information.

Detectives have revisited a number of scenes today to conduct further enquiries.

Detective Chief Inspector Jill Duffie said: “We believe the two men, James White and Alexis Guesto, who were wanted by police for a range of offences, including breach of licence and warrants, were discovered by a group of males on Saturday evening as they attempted to evade an ongoing police search for them.

“White and Guesto were kicked and beaten with iron bars before being taken to Mullaghbawn village, where they were further assaulted by a number of individuals and covered in paint.

“Both men were taken to hospital by police, one of the males has been arrested and the other remains in hospital being treated for his injuries.

“Both men will be brought before the court at the earliest opportunity in relation to the matters for which they were being sought.

“Throughout yesterday as our search for the two men was ongoing, I was pleased with the response from the local community and the assistance being provided to police.

“Unfortunately, now, due to the violent actions of a small number of people, we have had to redirect resources and efforts towards investigating a serious assault.

“I am appealing to anyone with information about the incident or anyone with recorded footage which could assist us with our investigation to contact detectives in Ardmore station on 101 quoting reference number 1240 28/04/18.