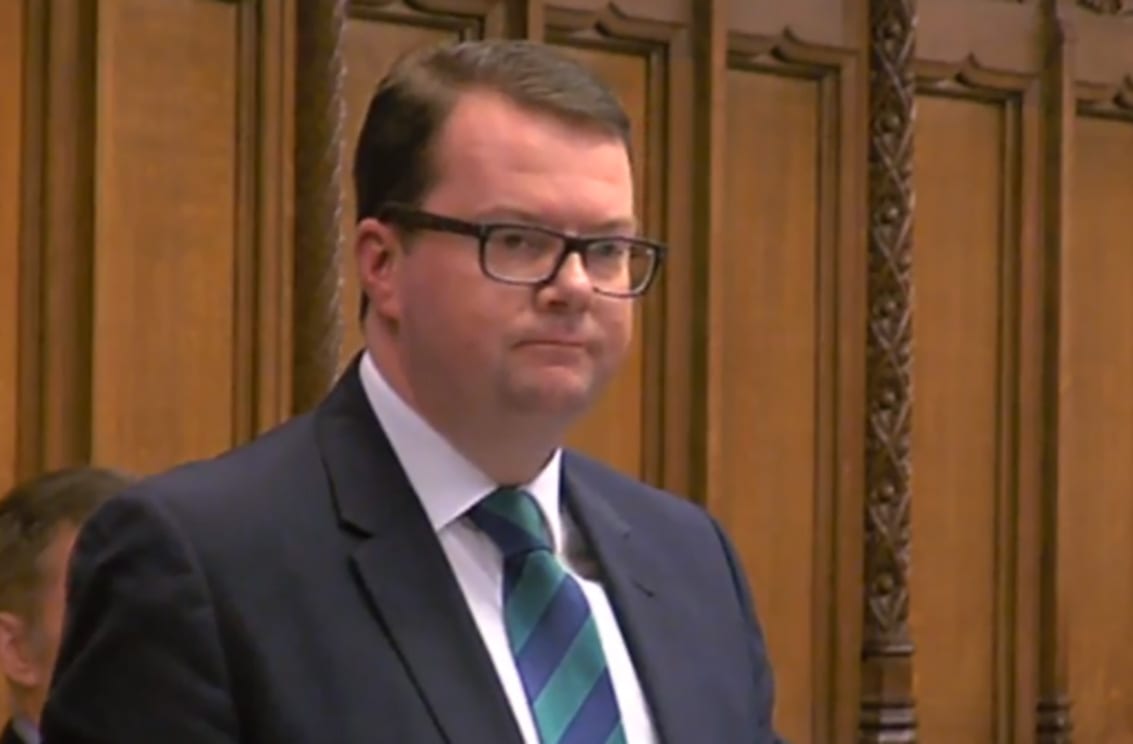 A south Armagh-born MP’s bid to introduce marriage equality in Northern Ireland has been blocked in the House of Commons.

It progressed to a Second Reading at Westminster this afternoon (Friday).

But it was blocked by a Conservative backbencher, prompting an angry backlash and a march in Belfast in protest.

Camlough native Mr McGinn, who had brought the bill forward with the backing of the Love Equality campaign, hit out after the developments.

He said: “Hundreds of thousands of people in Northern Ireland support equal marriage. They will be outraged that one English Tory MP was able to block our Bill’s progress today.”

The Bill will now get a second reading in October.

But Mr McGinn added: “While it is welcome that the Government did not formally object to the Second Reading of the Bill, they need to clarify how they intend to ensure that the right to equal marriage in Northern Ireland – which has the support of the Assembly, Parliament and public – becomes law.

“The Government can’t continue to talk out of both sides of its mouth of this issue.

“It can and should legislate to extend equal marriage to Northern Ireland.

“I know today’s events will disappoint and frustrate the LGBT community in Northern Ireland, who continue to be denied the basic and fundamental right to marry the person they love.

“But I assure them that I will keep fighting for them and working with the Love Equality campaign to get this done.

“My Bill is due to come back to Parliament by the end of October.

“This is not going away and we are not giving up.”

Northern Ireland is the only part of the UK not to have legalised same-sex marriage, with previous attempts blocked by the DUP.

The party used what is known as a ‘petition of concern’ to block same sex marriage after Assembly members voted 53 to 52 in favour in November 2015.

The Bill will get its further Second Reading on October 26.

After today’s blocking of Mr McGinn’s Bill, it announced plans for a rally.

Love Equality says it will organise a march to Belfast City Hall on Saturday, June 2, and will provide more details shortly.