MoD ‘no information’ on alleged encounter between SAS and aliens in south Armagh! 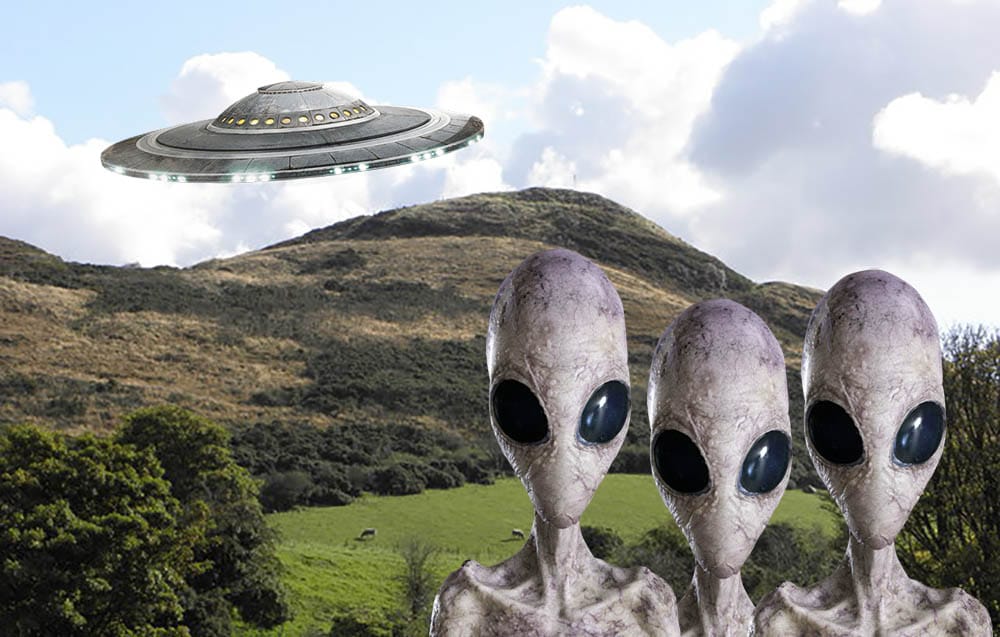 The Ministry of Defence has said it holds “no information” relating to an alleged encounter between undercover soldiers and “aliens” in south Armagh almost 30 years ago.

It is the stuff of myth and legends but it has been reported previously that the SAS encountered “little grey men” while scoping out an IRA arms hide back in 1993.

The alleged event was reported in some sections of the media while others instantly dismissed the suggestions out of hand.

Now the Ministry of Defence has said it knows nothing of such claims – indeed, it is completely alien to them!

According to The People newspaper, SAS soldiers waiting to ambush IRA gunmen were “stunned when aliens walked in front of their gun-sights”.

The article, by journalist Joe Brady, adds: “The undercover troops – hiding near an arms cache on a hillside in South Armagh – say they saw up to four small grey figures.

“The ‘aliens’ and the soldiers stared at each other for a minute. Then the ‘spacemen’ disappeared – and seconds later the eight SAS troops saw a flash in the sky.

“They were so disturbed by what they had seen that they took the rare decision to abandon the stakeout.

“Their commander was furious – and their comrades in the elite Special Air Service Regiment laughed or accused them of being high on drugs.

“But the eight stuck to their story and it was accepted.”

Four years after the alleged incident, it was reportedly leaked to the media and hence the appearance in The People and other publications.

Experts had made appeals in the hope of finding the soldiers who had witnessed the ‘extra-terrestrials’ in south Armagh.

Again, The People at the time, said the incident had been revealed to an Ulster UFO study group by a former Army intelligence officer.

And Belfast-based expert Hugh O’Brien told the newspaper: “We are trying to interview the soldiers even though some may be too embarrassed to come forward.

“We have learned that on that morning they were convinced they saw three, perhaps four, small grey figures in human form.

“At no stage did the soldiers feel threatened. They simply could not believe what they were seeing.

“The alien forms made no move towards them but, judging from what the soldiers told their regimental priest and commanding officer, the aliens knew the soldiers were there. It was like a stand-off. Within a few minutes, probably much less, the aliens disappeared.

“All the men can recall is that in a very quick space of time they saw a brief flash of light in the sky.

“These men were fit, highly-trained observers and to put it down to some flight of imagination would be absurd.”

Yet all these years later and the Ministry of Defence is doing just that. It says it has no information or no opinion on the existence of such ‘out-of-this-world’ life-forms.

The MoD had been asked recently to reveal any details it held relating to an “alleged encounter between SAS soldiers and ‘little grey men’ – described as aliens”.

It its response to the FoI correspondent’s questions it was at a loss to do so.

“I can confirm  that the Ministry of Defence (MoD) holds no information in scope of your request,” came the reply from the RAF’s Air Command Sectretariat’s headquarters at High Wycombe in Buckinghamshire.

“Section 16(1) of the Act requires the public authority to provide advice and assistance wherever possible.

“You may find it helpful to know that the MoD has no opinion on the existence of extra-terrestrials.

“This is because, in over 50 years, no UFO sighting reporting to the Department has indicated the existence of any military threat to the UK and it was deemed more valuable to prioritise MoD staff towards other Defence-related activities.

“All files related to UFO reports have already been transferred to The National Archives (TNA) and further information can be found at www.nationalarchives.gov.uk/ufos/. “