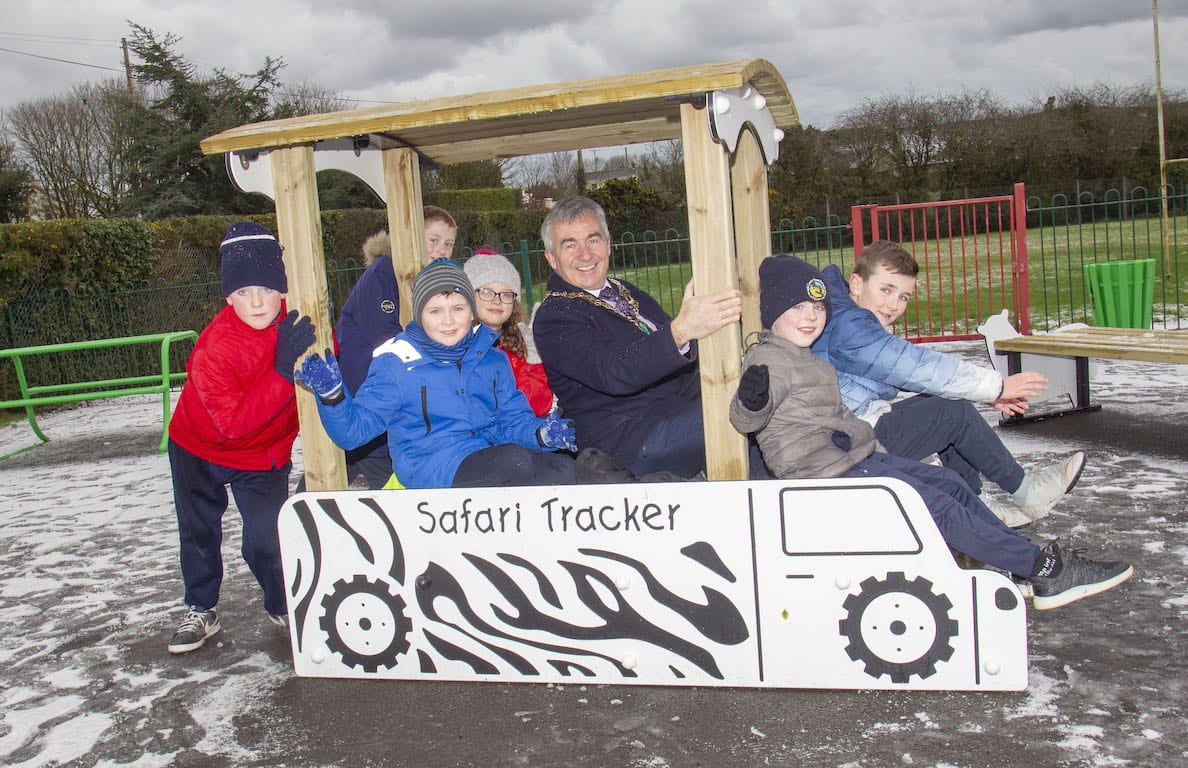 Dromintee and Camlough were both celebrating as two of six new play parks to open as part of Newry, Mourne and Down Council’s £3million play strategy.

NMD Council Chairman, councillor Mark Murnin, said: “I am delighted to be able to be here today to officially open both play parks.

“These facilities will no doubt be greatly beneficial to these communities, giving children a safe and fun place to play.

“The play parks are fantastic assets to the district and are already being well used by the communities.

“We believe strongly in the importance of play in a child’s physical and social development; in fact, it is an integral part of growing up.

“This is an opportunity to say thank you to all the communities that were involved in the consultation process, the play strategy which informs its development, and the local schools that came here today.

“I am pleased to see the whole community coming together on days like this, encouraging children to ‘Be Active’.

“The Council’s Be Active campaign is about motivating everyone to undertake more activity and I hope everyone enjoys using these new facilities.”

The two parks were upgraded as part of the Council’s five-year, £3 million Play Strategy, launched in 2017.

The project was completed thanks to grants from Rural Development Fund which matched-funded the Council investment.

The new play equipment in Dromintee Play Park includes a memory swing that allows eye-to-eye contact for children and the parent/carer as well as a climbing frame, a basket swing, play panels and a picnic tables so families can have fun and enjoy playing outdoors.

Children from Dromintee Primary School had great fun trying out the new equipment.

New equipment for this park includes a Viking swing, roundabout, climbing frame, a junior play area and a Multiple Use Games Area (MUGA).