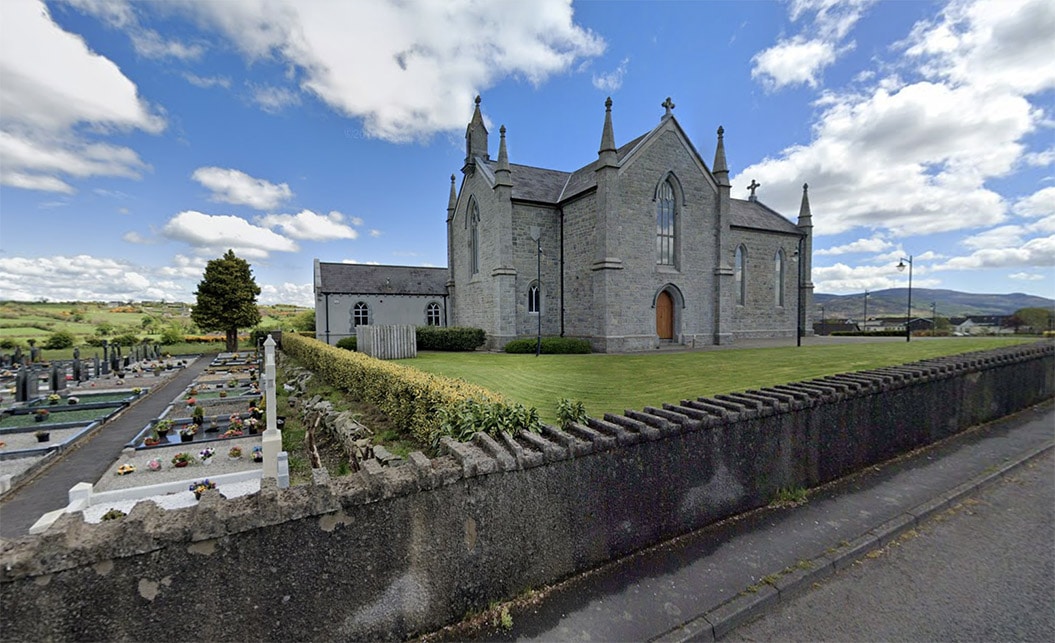 A man who broken into a parochial house and stole the priests laptop in a “mean” offence was handed a 16 month sentence today (Thursday).

Ordering 49-year-old John Richard McDonagh to spend half his sentence in jail and half on licence, Judge Gordon Kerr QC said there was “absolutely no doubt in my mind” the offence warranted a jail sentence.

Describing the burglary as “mean,” the Newry Crown Court judge said McDonagh had stolen goods “which were undoubtedly of great use to the priest in carrying out his duties in behalf of the community.”

McDonagh, of no fixed abode, appeared at court by videolink from prison and entered a guilty plea to a single count of burglary of the parochial house on the Chapel Road in Meigh on 5 May 2015.

Prosecuting counsel Geraldine McCullough told the court that just after lunchtime that day, the resident priest returned to his home to find the back door had been forced open and someone had looked through the kitchen cupboards and his office.

His laptop, charging leads and money bags containing approximately £20 were stolen during the incident but McDonagh was spotted close to the parochial house by a local resident who later picked him out of a police identity parade.

Ms McCullough said police enquiries led them to an address in Co. Louth, adding that when it was searched by the Gardai, they uncovered a “myriad of stolen goods.”

McDonagh was due to appear in court in 2015 but failed to appear and a warrant, which was executed earlier this year, was issued for his arrest.

Defence counsel Seamus Lannon conceded that with 31 previous convictions on his record, including entries for burglary and theft, “it’s probably long passed time that he caught himself on.”

Jail McDonagh, Judge Kerr said he was giving him credit for his timely guilty plea.