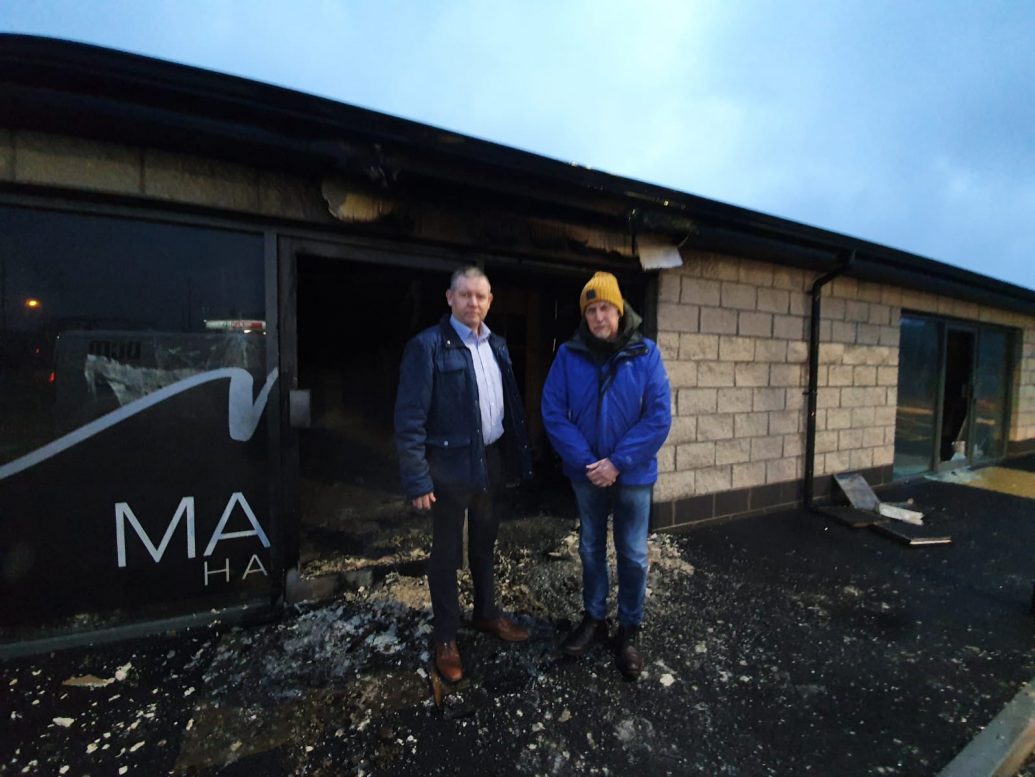 Cllr Mickey Larkin and Mickey Brady MP pictured at the scene of the fire.

A hairdressing salon has been gutted in a blaze in south Armagh.

The cause of the fire is under investigation but local political representatives indicate police are treating it as suspicious.

They said the incident had caused great upset and distress.

Said Councillor Larkin: “Police are investigating the cause of this fire which has left the owners and staff  devastated at the loss of this fully furnished hairdresser salon.

“Fire and Emergency Services attended the scene as quickly as possible and we thank them for their efforts in ensuring the fire didn’t spread.

“We await the outcome of the ongoing investigations.”