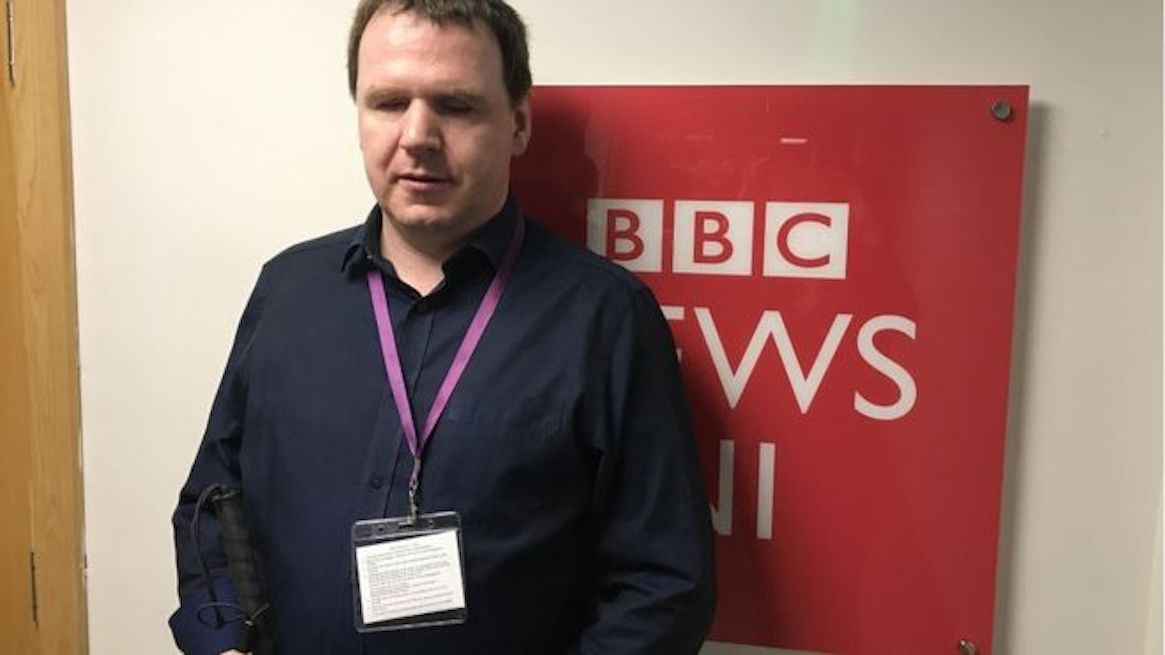 For one south Armagh man and many like him today, voting in privacy is not something he will have the luxury of doing.

Joe Kenny is a 42-year-old is a blind man from Dromintee but now living in Belfast.

Today he will be casting his vote in one of the most important General Elections in the recent times.

The blind and visually impaired like Mr Kenny are still handed their piece of paper and pencil, just like everyone else, but are made to rely on others for help in casting their vote, thus removing their privacy.

Mr Kenny has voted in every election since he was 18 but has never cast his ballot in private.

Speaking to BBC NI’s Good Morning Ulster show this week, he said: “Somebody will have to show me the box or call out the list of candidates and which box that refers to.

“Then I have to get assistance to find the box on the paper and physically make the mark.”

And just like the postal vote, Likewise, Mr Kenny still requires help to mark a ballot paper with someone’s guidance.

Mr Kenny says there needs to be online solution.

“We’re looking at a print mark on print paper in a sight-orientated environment – it’s now time we embraced an online system of voting. It must be possible.

“I know people will say there’s danger of data security or hacking or identity theft, but I can bank online, I can do most anything online nowadays.

“I don’t believe that a system doesn’t exist that wouldn’t be secure enough for people to vote.”