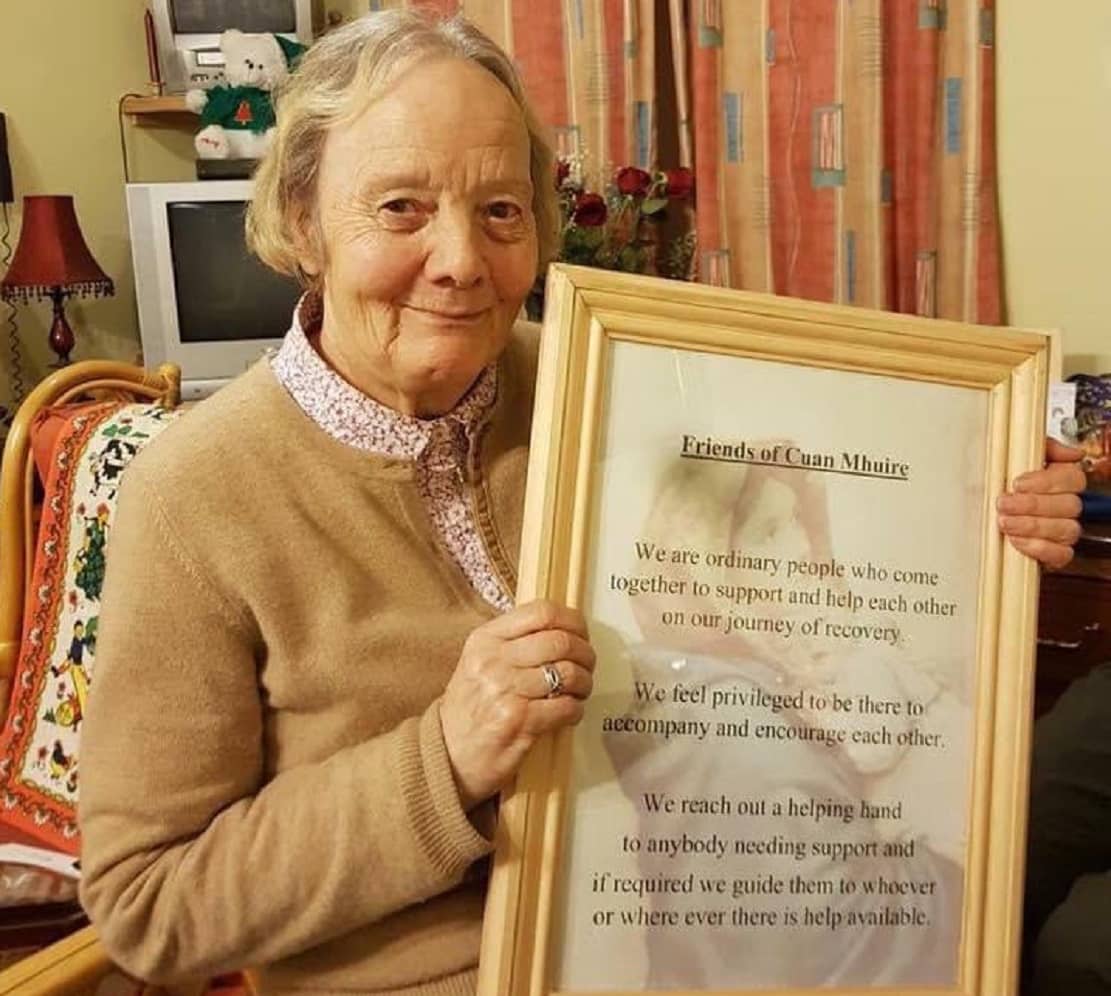 A street collection by the local Friends of Cuan Mhuire group is being held in Camlough this Saturday, July 23.

Cuan Mhuire is Ireland’s largest voluntary provider of support and treatment for people suffering from addiction and other related issues and has five centres across Ireland, including one in Newry.

Friends of Cuan Mhuire is a support network for people in recovery and their families, where people are helped find their feet in the early, and sometimes difficult, days of recovery.

It provides somewhere to go, someone to talk to and friends to rely on.

The group is also involved in this year’s internationally renowned  Féile an Phobail Belfast Community Festival where they will be hosting an event discussing the challenges of addiction and the road to recovery.

Last month saw the death of the sixth young homeless man from a drug overdose in Belfast in the space of just two weeks, and over the weekend the bodies of two young women were found in the city. They are believed to have been homeless.

Since its formation in 1966 by Sister Consilio, Cuan Mhuire has treated over 80,000 people. Its main objective is the rehabilitation of people suffering from alcohol, drug and gambling addictions.

At any one time, Cuan Mhuire has 600 people in treatment through its five centres, one of which is based in Newry.

She said: “When people finish a programme, they often feel out of place for a time, and so for that period, they need support, a place to call into and meet each other.

“If you had a support group, with a number of people who are already out there and doing well who could provide camaraderie, friendship and fellowship – that would be important also for the families because they worry that their family member will go back to the addiction again.

“But if they have help and support in their town, families can get support and help from people who are well and get them to talk to the person they are worrying about.”

Gerry McElroy, chief executive of Cuan Mhuire, said the organisation couldn’t continue its work without the wonderful generosity of families, community and individuals.

“Sr Consilio and all involved with Cuan Mhuire really appreciate the support,” he added.

A spokesperson said: “We like most other charities are constantly fundraising whether through events like this or our charity shops in Hill Street Newry and in Coalisland.

“All monies raised will go to ensuring that our life-saving and life-changing services continue to remain open and accessible to all.

“Our Friends of Cuan Mhuire Groups are steadily growing with marvellous work being done by our Cuan Mhuire volunteers in places such as Belfast and Omagh.

“Cuan Mhuire volunteers and ex-residents are involved in our schools and community outreach programmes, all in their own way helping to carry the message of hope and recovery.”