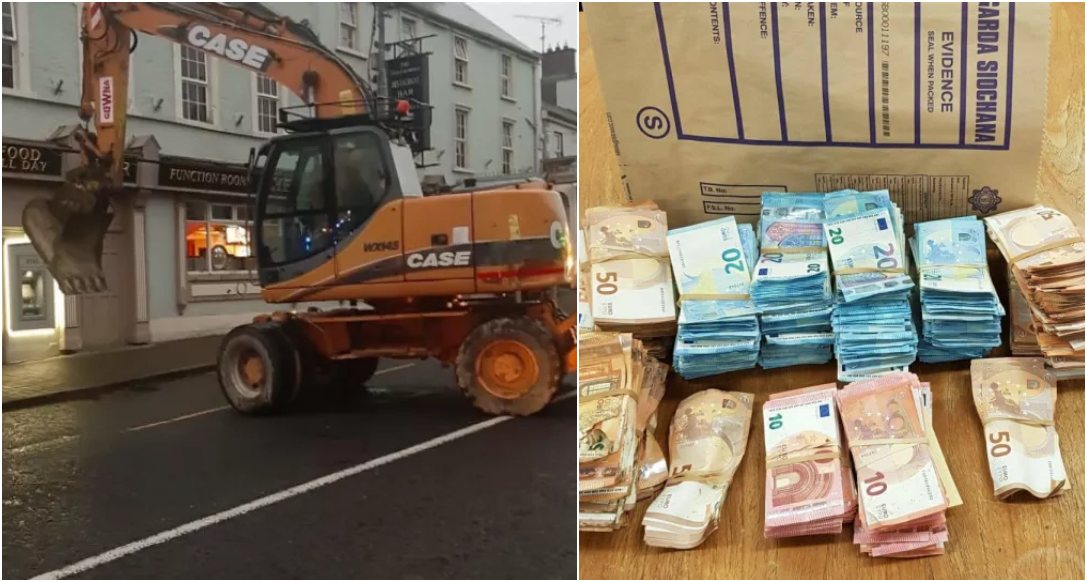 Niall Finnegan, 39, of Cherry Grove, Cullyhanna, and his gang were linked to a number of raids and attempted raids which had been carried out in the Cavan, Monaghan and Meath areas over that two year period.

The gang used excavators to rip the ATMs from their premises in the six incidents along the border area.

Finnegan was today (Monday) handed the sentence at Dublin’s Special Criminal Court after he admitted possession of €103,000 following his arrest in Co Meath on August 20, 2019.

RTE News reports how Mr Justice Hunt denied a request by the father of three to stay out of prison and begin his sentence after Christmas.

He sentenced Finnegan to four and a half years in prison with the final 18 months suspended.