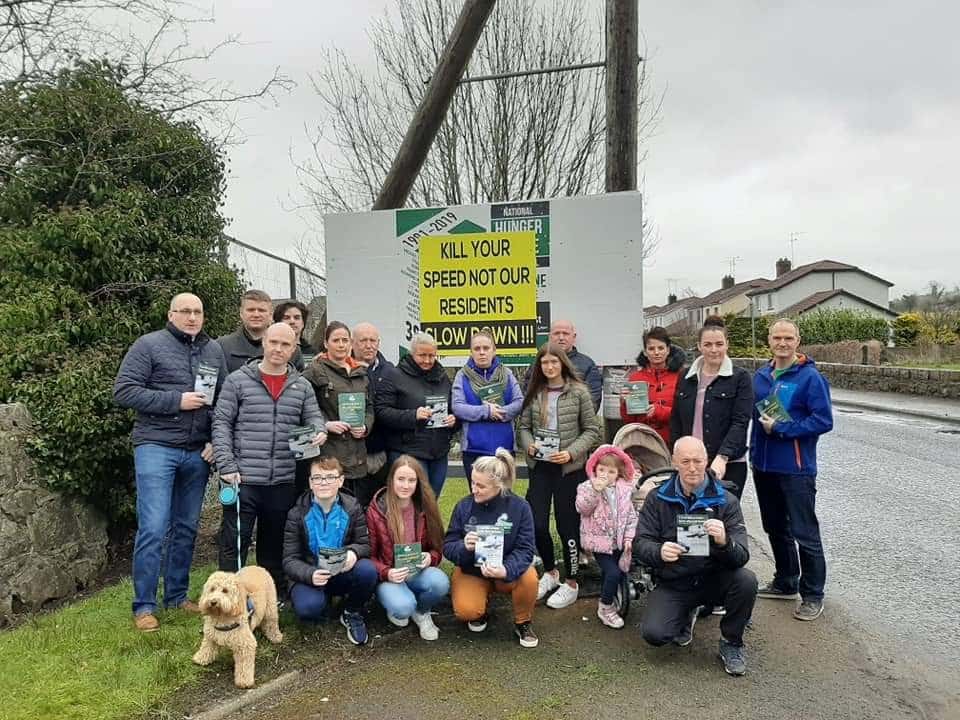 For almost four years Camlough residents have been campaigning for a new footpath after a young boy was knock down.

The youngster was struck by a vehicle while crossing the Newtown Road between Cashel close and Cloughan court in 2018.

The near tragic accident resulted in a campaign for a continuation of the footpath where it cuts off abruptly.

Sinn Féin councillor Oonagh Magennis says she, and fellow campaigners, are delighted that the Department for Infrastructure will soon begin works on the project.

The Slieve Gullion councillor said: “Following the incident [in 2018], I met with the family to discuss the road safety issue and to organise a campaign to secure traffic calming measures and ultimately, a much needed footpath for this part of the village.

“After many years of lobbying, DFI have now agreed to build a footpath from Cloughan Court, into the village itself.

“This will link the footpath to St. Malachy’s primary school and to the crossing Island before the first roundabout, giving locals a much safer means to cross this busy road.

“This work is scheduled to begin in the next few weeks, however I would continue to urge all driving through the village to do so at a responsible speed to ensure the village is kept safe for all.”

Meanwhile, Sinn Féin Councillor Cathal King has welcomed the commencement of roadworks by DFI on the Clontigora Road, near Killeen.

The Councillor for Newry DEA and Fathom said: “The initial works carried out by DFI this week are a step in the right direction.

“I had reported the road to DFI for repair last week and it’s good to see such a prompt response.

“So far they have resurfaced part of the road which had begun to subside, much to the concern of local residents and motorists.

“There is still more work to be done and I will continue to press DFI to ensure that our roads are kept in a safe condition for local residents and all who travel on them.

“Improving infrastructure for our communities is a priority for Sinn Féin and we will continue to work to Improve the safety and quality of our roads for all.”