Burglars terrorise south Armagh after fourth burglary in a week 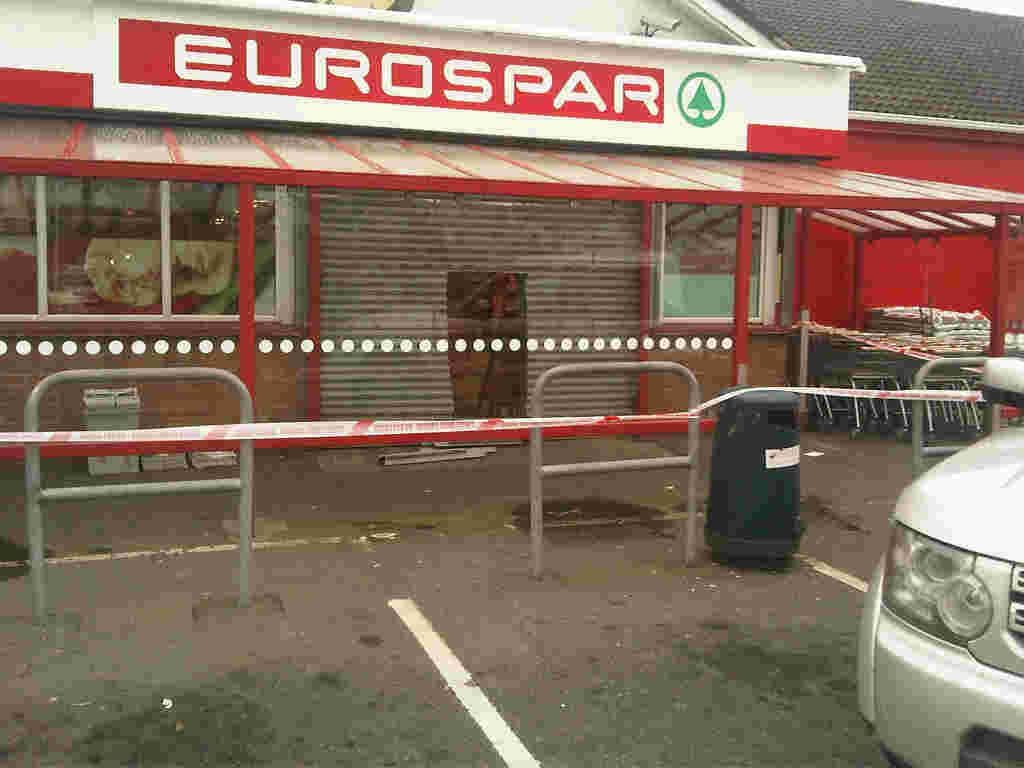 Main image shows a previous incident at a shop in Forkhill

Police are appealing to shop owners in south Down and south Armagh to review their security measures after the fourth burglary at rural commercial premises since the start of July.

Detective Sergeant James Johnston said: “We received a report at 7am on Friday morning that entry had been gained to premises overnight on the Camlough Road in Newry.

“The alarm was disabled and an ATM was smashed open and a sum of cash taken.

“A quantity of cigarettes was also stolen.

“Three similar incidents have occurred in the Newry area in recent days.

“At around 2.45am on Saturday, July 1, an alarm activation occurred at a shop on Main Street in Forkhill.

“At around 1am on Wednesday, July 4, entry was forced to a filling station on the Dublin Road in Newry by three unknown males.

“They attempted to break into an ATM machine in the premises.

“Shortly after 3am, the intruders were disturbed by police activity in the area and fled the scene empty-handed.

“The following morning at around the same time 1am, Thursday, July 5, shop premises on the Edenappa Road in Jonesborough were targeted.

“The suspects cut electricity and phone lines in the area before making an unsuccessful attempt to gain entry.

“Police are investigating the possibility that all of these incidents are linked.

“One line of inquiry is that these premises are being targeted because they have stand-alone ATMs on site, and it is believed that these are the offenders’ primary target.

“I would advise businesses to regularly review their crime prevention measures to minimise their risk of becoming a victim of crime.”

Detective Sergeant Johnston added: “If you saw any suspicious activity in the Camlough Road area last night or this morning, please get in touch with us on 101, quoting reference number 330 of 6/7/18.

“More generally, I would encourage people who live close to rural businesses like filling stations and local shops to tell police immediately if they see any unusual activity or people in the area.

“For example, if you hear machinery late at night or in the early hours please let us know. Report any power outages close to rural commercial premises during the hours of darkness via 101.

“Also, if you see people or vehicles appearing to pay particular attention to certain premises, call police on 101. In an emergency or if you suspect a crime is in progress, dial 999.

“Alternatively, information can also be provided to detectives at Ardmore PSNI on 101 extensions 60025 & 35378 or to the independent charity Crimestoppers on 0800 555 111 which is 100% anonymous and gives people the power to speak and stop crime.”

Here are a few simple measures to help:

– Ensure minimum cash is kept on the premises. Leave the till empty and open overnight. If an ATM is a self-fill option, reconsider having a managed machine or the use of a Cash Security Company

– Use signs to clearly state that there is minimal cash on premises/limited cash in tills/ATMS – out of hours. For example: ‘time delay safes are used’ or ‘no money is left on the premises’ or ’employees cannot open the safes’

-Do not count cash in public view, or fill the ATMs in opening hours

For further advice, please call your local Crime Prevention Officer on the 101 number.