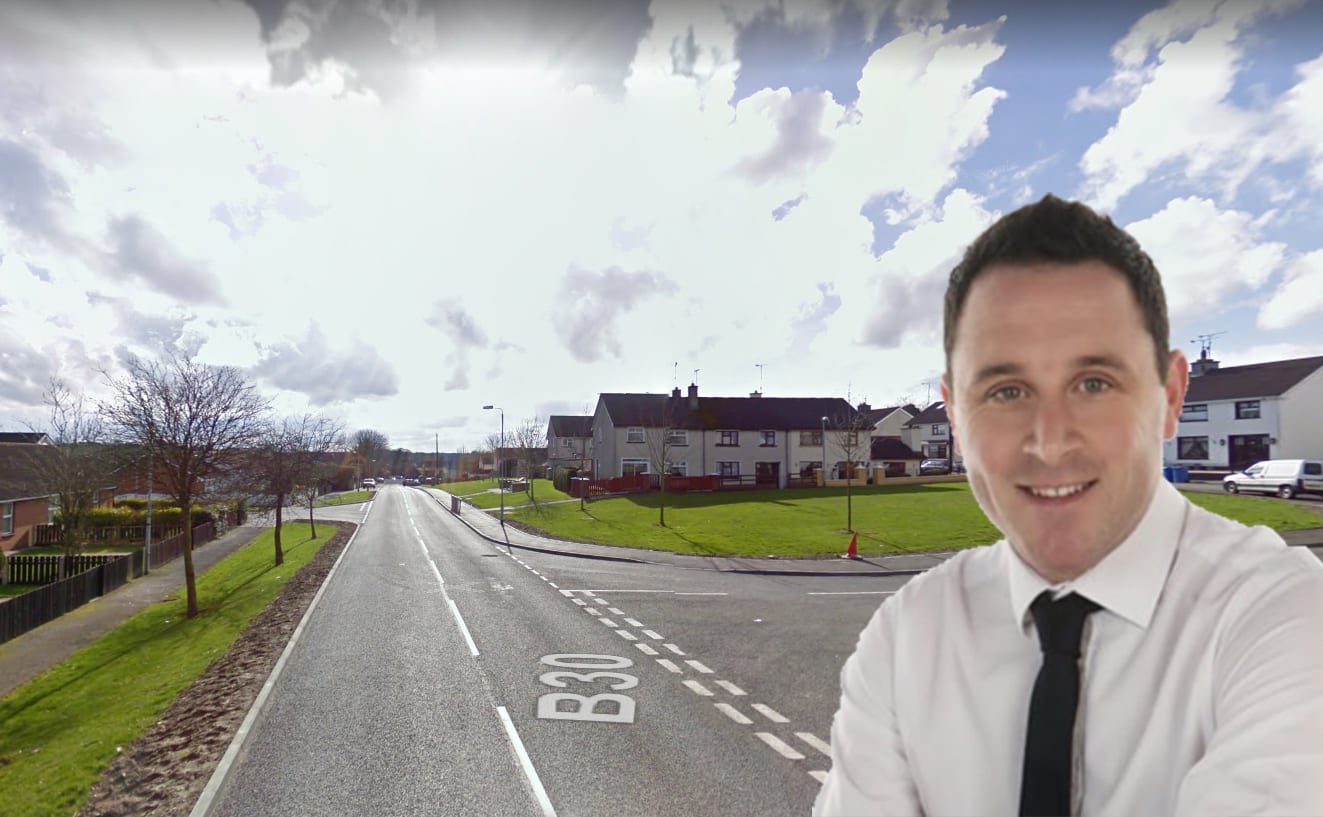 “Budget concerns are not a good enough excuse” for failure to implement road safety measures in Culloville.

SDLP Councillor Pete Byrne has called for traffic calming in the village following concerns raised at a recent community consultation regarding the upgrade of the local play park.

“During a recent community consultation concerns were raised by residents about the speed at which cars travel at in the 40mph zone leading up to the Concession Road,” explained councillor Byrne.

“The greatest concern here is that children regularly cross this road from Malachy Conlon Park to Fane Grove where the play park is situated.

“Having canvassed and leaflet dropped the area in the past and witnessed for myself, I share those concerns.”

Mr Byrne said residents are worried that a serious accident or fatality involving a child is going to occur unless something is done to introduce traffic calming measures on this stretch of road.

He added: “I will be writing to the Roads Service to put on the record my concerns and the concerns of local people and to ask what can be done to slow drivers down.

“I am fully aware of the constraints on budgets and the various criteria that is applied to roads which could potentially rule out measures being put in place but that is simply not good enough when we are talking about the safety of children.”

“We need a rigorous approach to road safety when it comes to our young people, whether it’s outside schools or at play parks.

“In the meantime, on behalf of residents in the area, I would appeal to drivers to drive carefully through the area.”