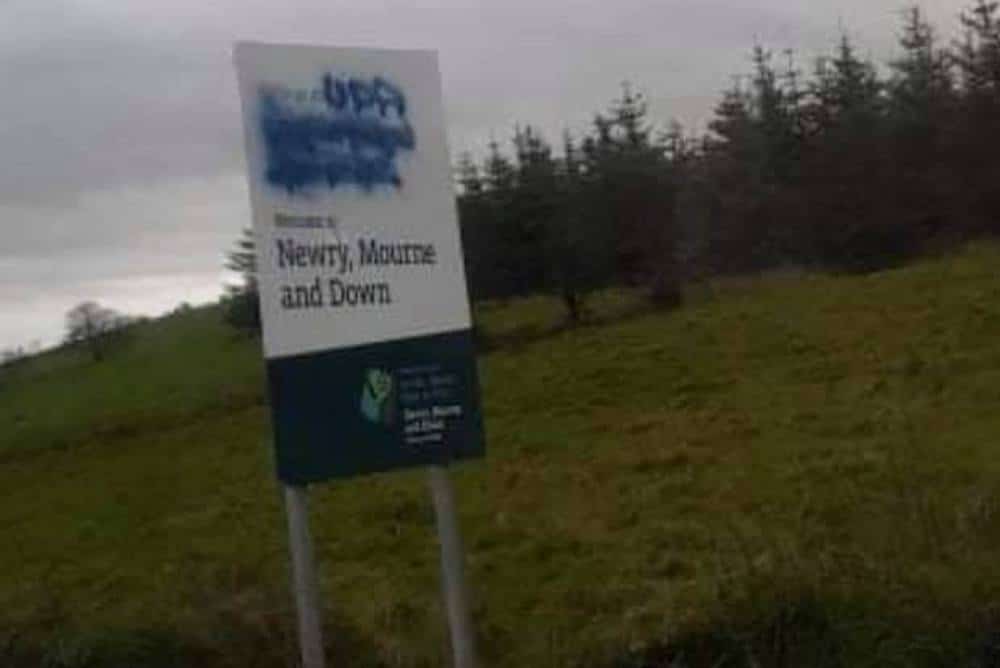 Damage caused to the new sign back in October

Police are again appealing for witnesses after a bi-lingual sign in Newtownhamilton was badly damaged in a third attack in two months.

It’s the third such attack to be carried out on the Welcome to the District bilingual Irish language information sign on the Keady Road since its erection by Newry, Mourne and Down Council earlier this year.

Police received a report at approximately 10.45pm on Tuesday that a sign had been badly damaged with what appears to be a heavy instrument.

Inspector Campbell said: “This sign has been damaged on several occasions and we are treating this as a sectarian hate crime.

“Our enquiries are continuing and we are appealing to anyone who was in the area or who may have information that could assist our investigation to contact police on 1010 quoting reference 1804 28/12/21.

Alternatively, you can submit a report online using the non-emergency reporting form via http://www.psni.police.uk/makeareport/

In the first incident at the end of October, the sign was daubed with the the letters ‘UDA’ and the Irish portion painted over.

The second incident – a fortnight later – was of a similar nature.