'I couldn't believe it, taking the awards back to a wee village like Cullyhanna' 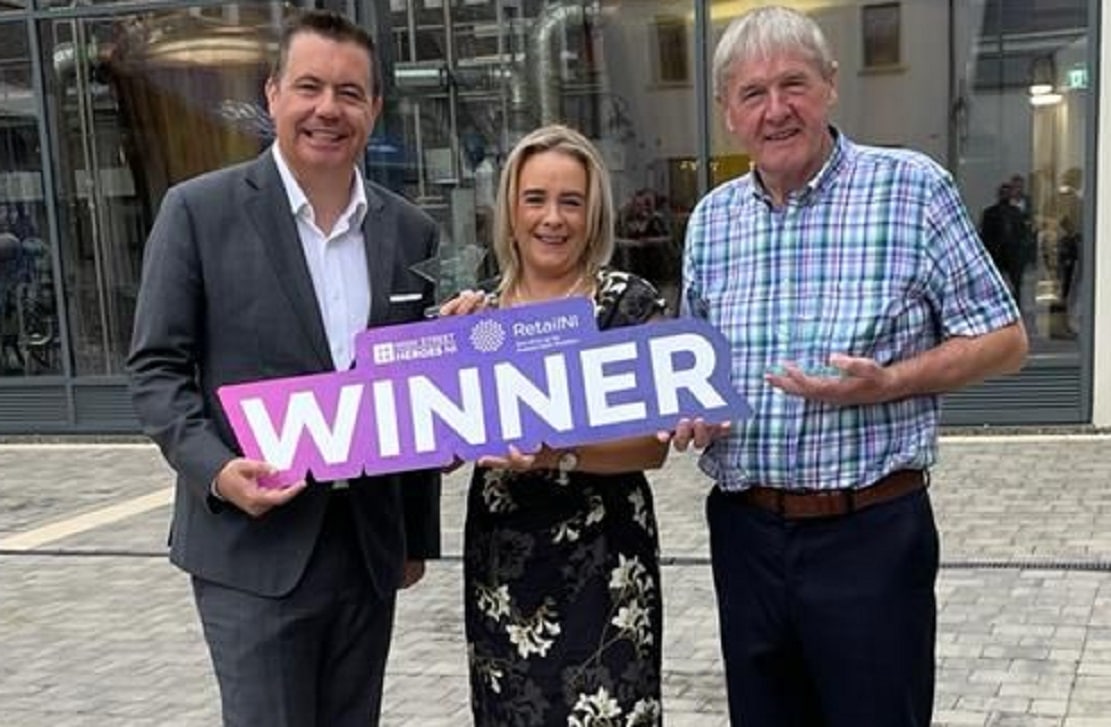 A family-run shop, which went above and beyond to help customers during the pandemic, has scooped two gold awards in a Northern Ireland-wide competition.

The shop, the only one in the South Armagh village, was established by local man Seamus Murray and wife Pauline 40 years ago.

It is now run by daughter Aisling Toner with the help of a dedicated team of family and staff.

She recalls standing on a crate to reach the till when she helped out as a child.

Everything in the deli is made from scratch on the premises and the shop opens seven days a week.

It also incorporates a Post Office of which Aisling is postmistress.

The winners were decided by customer votes and Aisling, who attended the event with husband Liam and her parents, said it was a “lovely surprise” when they found out they had won.

Said Aisling: “I couldn’t believe it, taking the awards back to a wee village like Cullyhanna. But we have a good staff behind us.

“Through Covid, we set up a scheme where we would deliver groceries to anybody who needed them. I don’t know if that was one of the reasons we got so many votes.

“It was hard for people during Covid. The shop was their hub for seeing other people, there was a social aspect to it.

“You have people who are still afraid and we would still do deliveries to them. People trying to get their pensions was another thing so we would have delivered those as well.”