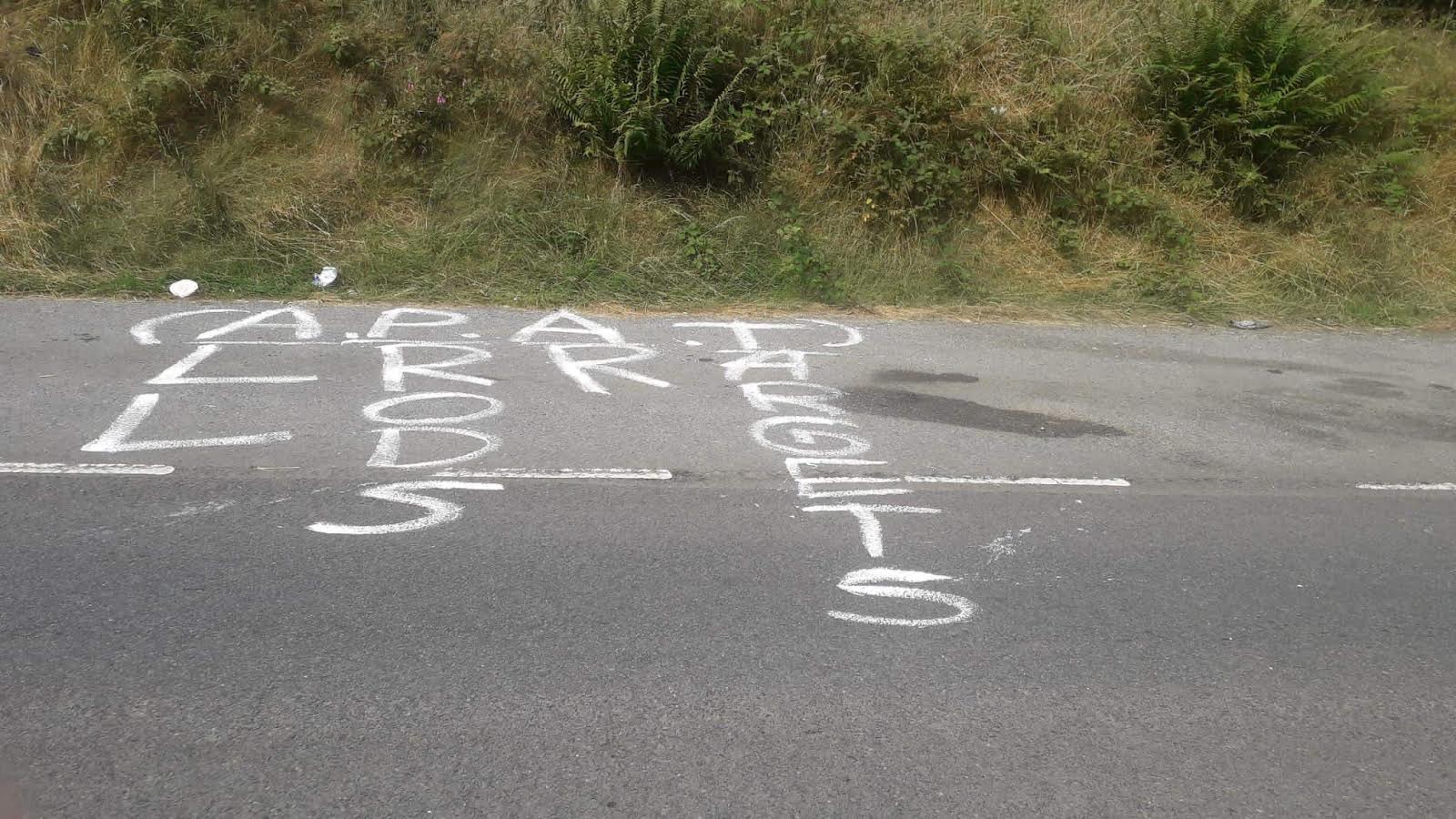 Threatening graffiti painted across a local road has been described as a “very sinister development”.

And the vandalism has been reported to the PSNI.

The words ‘All Prods ar (sic) targets’ have been painted large across the Markethill Road at Newtownhamilton.

And the incident has been met with condemnation and also heightened concerns, one local political representative said.

“The perpetrators of this disgusting act have no place in any civilised society and this action should be roundly condemned by everybody.

“Its appearance has obviously caused genuine concern within the local community and I have spoken to the police on the matter asking them to fully investigate this hate crime.

“I have also asked for the graffiti to be removed as a matter of urgency.

“I would appeal to anyone with information on this incident to report it to the police immediately.”

Commenting, the DUP’s William Irwin MLA, added: “Graffiti of any type is vandalism and is unwanted and especially so with this grotesque incident.

“The slogan written is deeply offensive and I condemn those behind it. I have raised the issue with the Police and the roads department and trust that it can be investigated fully and removed. This is sinister and sectarian and has no place in society.”