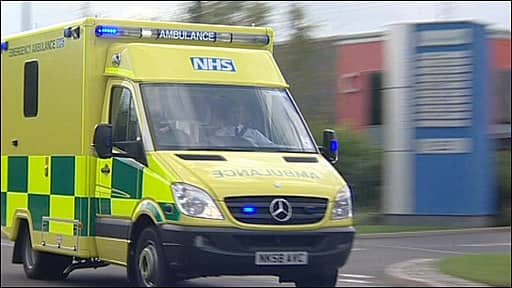 The South Armagh base for the Rapid Response Ambulance Service has only been used once in the past two years, it has been revealed.

And it has been claimed that the revelation shows the “chaos” of the state of the local health service.

SDLP Westminster Candidate Justin McNulty has called for an urgent investigation into why the Crossmaglen base has only been used on a single occasion since the facility opened over two years ago.

Mr McNulty explained: “Locating a rapid response vehicle in South Armagh was much heralded by the Ambulance Service and the community over two years ago, however this week I have learned that the base has only been used once since it was established at Crossmaglen Fire Station.

“This is a shocking revelation. Let me be abundantly clear, this service is needed and needed in South Armagh.. There have been no shortage of emergency calls, however, instead of basing a vehicle in South Armagh and dispatching it from there, I understand that the Ambulance Service has been dispatching their rapid response vehicles from Newry, Armagh and Kilkeel to cover South Armagh.

“I believe this revelation only underlines the chaos in our health services. I appreciate that rapid response vehicles are not the only solution.

“There are some types of calls to which it is not suitable to dispatch a rapid response vehicle, for example if medication needs administered or the patient is female then two paramedics must be present, however I firmly believe they play a vital role in our health services.

“In the first instance, we need to have the base in South Armagh properly utilised and staffed, it needs to be enhanced.

“I want to see the Ambulance Service engage with local representatives and front line health service staff at all levels and provide the resources required to have rural South Armagh properly and adequately serviced by both the rapid response vehicles and ambulances.

“Ambulance staff are working under extreme pressure, and it’s not until you need to call on their service that you really appreciate the work they do. We need to see the extremely important work they do recognised by both the Health Minister and the senior management team within the Ambulance Service.

“I have spoken with a number of ambulance drivers about their concerns over developments within the service and have pledged my support to them as they seek to improve their own working conditions.

“Improving the conditions of those who work on the front line can only have a positive impact on the service and the vital service they provide in our communities.”