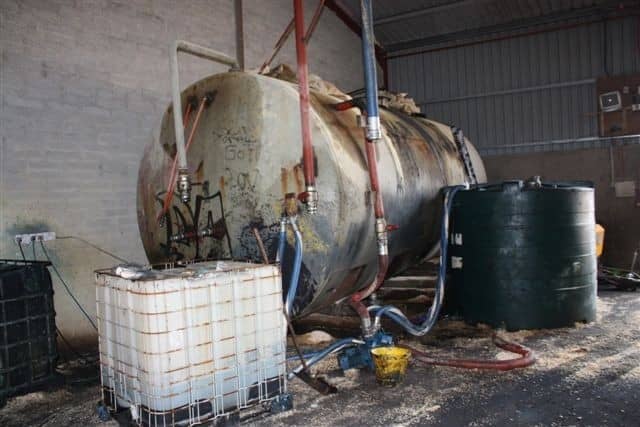 A man was arrested after a laundering plant capable of producing nearly 13 million litres of illicit fuel a year, and evading over £9 million in duty and taxes, was discovered by HM Revenue and Customs (HMRC) during a search of industrial premises in the Meigh area of south Armagh on Thursday.

HMRC officers, accompanied by the PSNI, seized 3,000 litres of fuel and safely removed 15 tonnes of toxic waste from the site. They also seized plant machinery and two vehicles.

“These are difficult times for businesses economically and it is impossible for legitimate traders to compete on an unfair playing field. We owe it to them to support them in any way we can.

“Buying illicit fuel not only funds crime, it also supports and encourages these dangerous activities within our communities. If anyone has information about fuel fraud we would encourage them to contact the Customs Hotline on 0800 59 5000.”

The man from south Armagh has been released on bail and investigations are continuing.