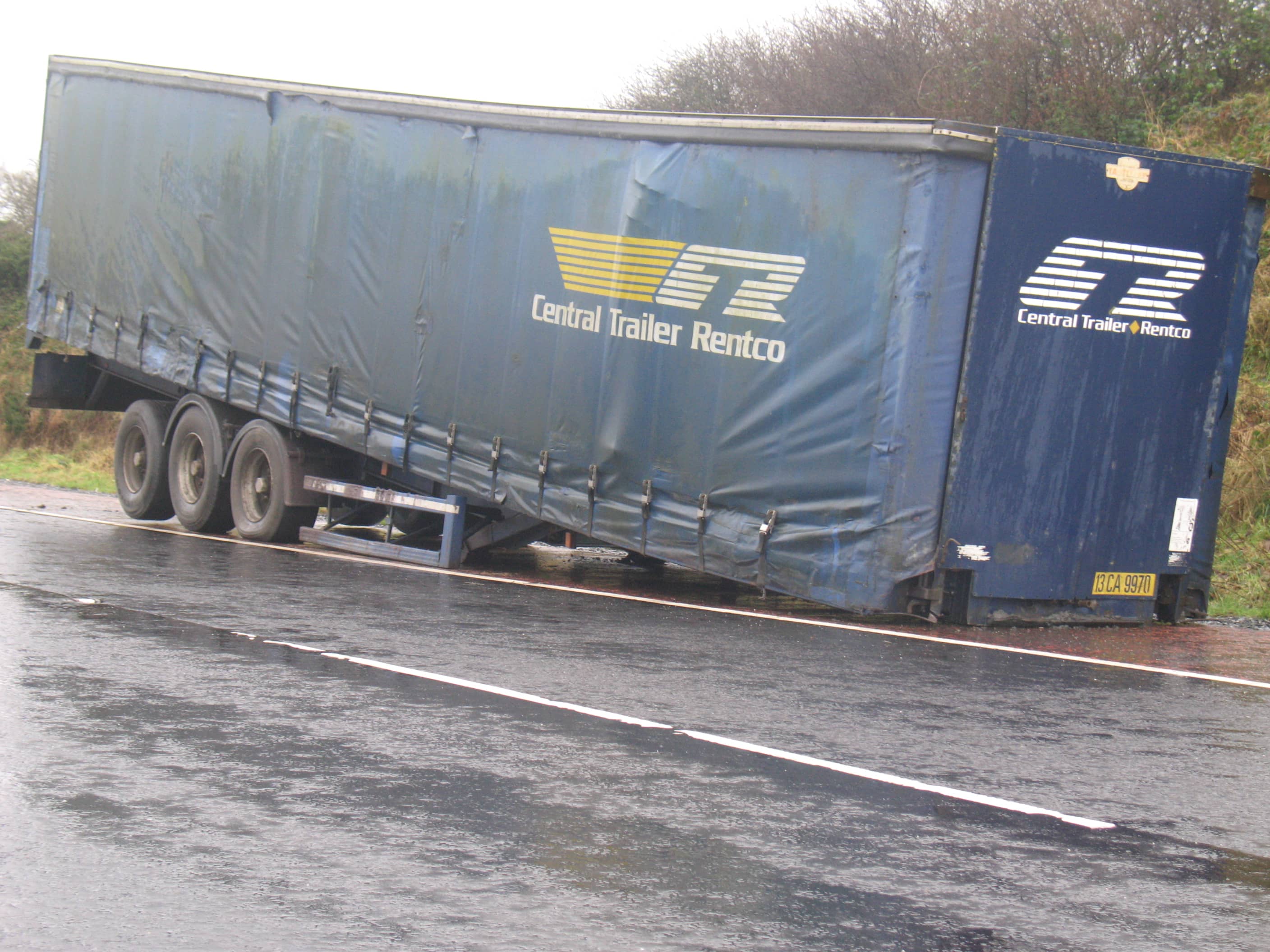 CHEMICAL waste residue – the byproduct of illegal fuel laundering – has once again been dumped in South Armagh.

The latest discovery of the toxic waste was made along the A29 road, close to Drumill Bridge, at Cullyhanna.

Sinn Fein Councillor Colman Burns said he received numerous phone calls  from people who drove past and noticed a curtain side trailer along the side of the road.

It was, he said, obvious to anyone passing that this was another load of toxic waste judging by the way the trailer had been dumped with such haste.

“The jacks at the front of the trailer were not wound down, meaning that it is now lying at an angle making the recovery of the trailer’s contents all the more difficult,” explained Councillor Burns. “This trailer was obviously driven to this site from somewhere else in the district, or possibly from County Louth.

“Irrespective of where it came from, it is a vile selfish act that gives this area a name that it does not deserve. Many people throughout the district are doing sterling work to promote South Armagh as a tourist destination. Many people have invested a lot of their hard earned money into tourist ventures because they believe in the natural beauty of South Armagh.

“Unfortunately, there is also a small element of selfish people who care little for the environment or the people of this district and continue to dump their toxic residue throughout our area.

“Anyone involved in these actions are doing a great disservice to South Armagh. I would appeal to these people to show a bit of respect for a place with such a proud history and cease this dumping of waste in South Armagh immediately.”