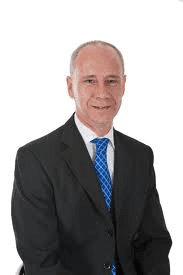 Armagh City Sinn Féin councillor, Roy McCartney, has relinquished his seat on the City Council.
Commenting on his decision, he said: “Unfortunately circumstances, similar to those being faced by many citizens, are demanding more and more of my time. This being the case, I have spoken with my party colleagues, who have been very supportive, and explained that I did not feel I could give the time and commitment required to adequately represent constituents to the level we demand of ourselves within Sinn Féin.
“They have been understanding and accept that it is in the best interests of myself, the party and, most importantly, the public we represent that I stand down to allow someone else to take my place.”

The former councillor continued: “I have enjoyed my time on council, especially being able to help individuals and groups from all sections of the community over the last number of years. It has been a privilege to represent Sinn Fein and I continue to be a member of the party and will continue to do what I can outside the council chamber to promote and advance our Republican ideals.

“I wish to thank my fellow colleagues who remain on council for the support they have given me. I know they will continue to be excellent representatives for the people of Armagh City and District. I also offer best wishes to councillors from other parties. We may not have always seen eye to eye politically, but I got on well with all of them for the majority of the time. And the same for the council officials and employees who have always been helpful.

“It is of course an important election year and Sinn Féin will be fielding a strong team. I urge people to use their vote on 22nd May to return as many Sinn Féin candidates as possible to the new council structure and to vote for Martina Anderson, who has proven herself to be an exceptional MEP, in the EU election on the same day.”

Sinn Féin MP for Newry Armagh Conor Murphy said: “I wish to commend Roy for all of the work he has done to date. He has made a valuable contribution to Sinn Féin as an elected representative and I know that he will continue his activism as a party member into the future.”
Assembly Member for Armagh Cathal Boylan added: “I have known Roy for many years and I have worked closely with him both in the Assembly and on the ground in Armagh. Roy remains a Sinn Féin activist and I am confident that he will make further contributions to achieving the republican goal of an equal and united Ireland.”
Read more news:

Man and woman tied up during aggravated burglary