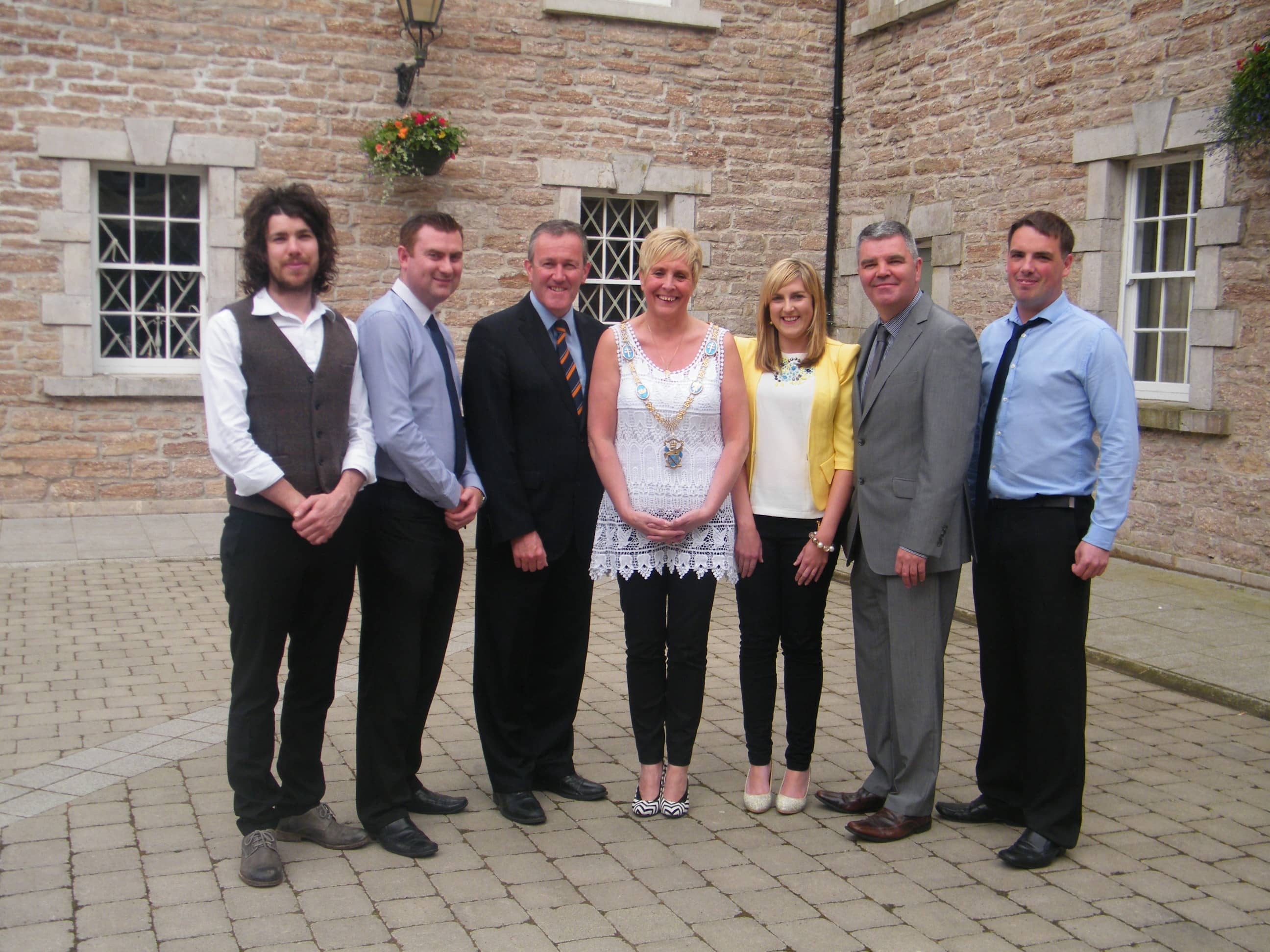 Councillor Rafferty will hold the historic honour of being the last ever Lord Mayor of Armagh, as the new ‘super-councils’ come into full being next April.

She replaces Ulster Unionist Councillor Robert Turner in the role. Cathty Rafferty, centre, has been elected Lord Mayor of Armagh

The election, using the d’Hondt system, took place at the annual general meeting of the council at the Palace in Armagh tonight.

Speaking following the final AGM of Armagh City & District Council, Cathy said: “This is the last time that Armagh Council will have its own Mayor and I am determined to ensure that this term leaves a lasting impression on the people of the District.

“I am delighted to have been selected by Sinn Féin and I am really looking forward to representing the District at events throughout the country and making sure that the image of Armagh is promoted as widely as possible.”

Speaking on her hopes for the Mayoralty, Cathy said: “There are several flagship projects which I am keen to see delivered such as the opening of Armagh’s first Cultúrlann, the renovation and reopening of Armagh Gaol and the Shared Education Campus Project.  We will also celebrate and recognise 20 years of Bunscoil Ard Macha and I am looking forward to seeing all of these plans coming to fruition

“I want to work with local community groups, sports clubs and voluntary organisations to ensure that they are fully supported to deliver their full potential for the people of the area.”

“I want to do everything I can though the office of the Mayor to ensure that this area develops and progresses and I will create and maintain links with my counterparts in our neighbouring counties to do this.  I will also offer the hand of friendship to all of the people who call the Armagh District home and I hope to help create a welcoming environment in our area.”

New Lord Mayor Rafferty has been a Sinn Féin elected representative since 2001. She is a prominent member of the Neighbourhood Renewal Committee and also sits on the committees of Naíscoil and Bunscoil Ard Mhaca.

She is involved in the Appleby Trust, which is a charity for children with learning difficulties, and helps run the family business, a popular Armagh pub, the Cuchulainn Bar.

Councillor Rafferty decided not to seek re-election last month and her replacement at the polls, Councillor Garath Keating, was returned on a huge vote.