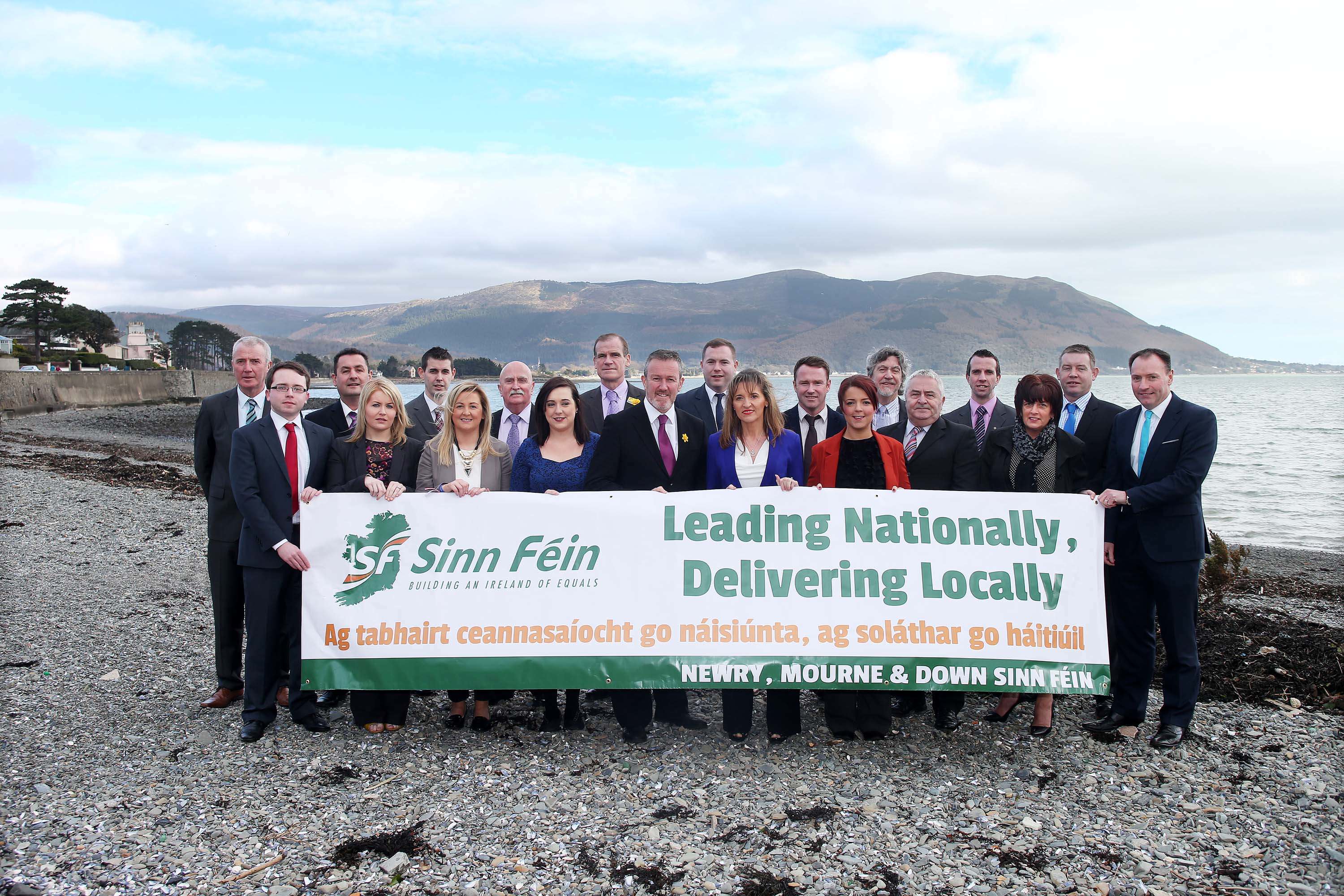 Across the new council area, which will be known as Newry Mourne and Down Council, Sinn Féin is standing 18 candidates and the party has been working hard over the past number of months to ensure the integration of the new council structure.

Chairperson for the event Conor Murphy MP said: “Sinn Féin views the North’s new 11 council model as a wonderful opportunity to increase the republican mandate across the new council area.  Indeed in the May elections Sinn Féin aims to have elected representatives in every public forum in Ireland.  Through our elected councillors we will tirelessly promote the republican ideals of fairness, equality and a United Ireland.”

The event continued with presentations from four of the council candidates, Councillor Liz Kimmins spoke on the economy and business development, Councillor Terry Hearty spoke on agriculture, candidate Naomi Baille spoke on job creation while candidate Mark Gibbons addressed the audience on the need to develop local tourism.  Sinn Féin is committed to using the council structures to effect change in each of these key areas.

Current MEP Martina Anderson also attended the launch as the key note speaker for the event.  Ms Anderson spoke of the work that she is involved in at the European Parliament saying;

“Too often I hear people saying that the EU Parliament has no relevance to their lives.  I want to send out a strong message that the legislation passed in Europe has a direct impact on the lives of the people of Ireland.

“For example the EU Parliament has just voted yes to the Tobacco Products Directive.  This means that from now on tobacco packaging will show clearly the effects of smoking on people’s health.  It also bans sweet flavoured cigarettes, such as chocolate and strawberry which appeal to children’s palettes.”

Martina Anderson also discussed other EU policies which have a huge impact here such as CAP Reform, Fishing policy and funding streams.

The event was concluded by Assembly Member Chris Hazzard who spoke of the new team which Sinn Féin is promoting across the new council district.

Mr Hazzard said: “The Newry Mourne and Down Sinn Féin team which is being presented to the electorate has the right blend of experience and youth.  We have increased our female representation and each candidate brings different skills and qualities to the mix.

“In addition this new team will have the support of four Sinn Féin Assembly Members an MP and an MEP.  Together we will stand up for South Down, for Newry, for South Armagh and for the people of Ireland.  I urge people to support these Sinn Féin candidates on 22nd May.”