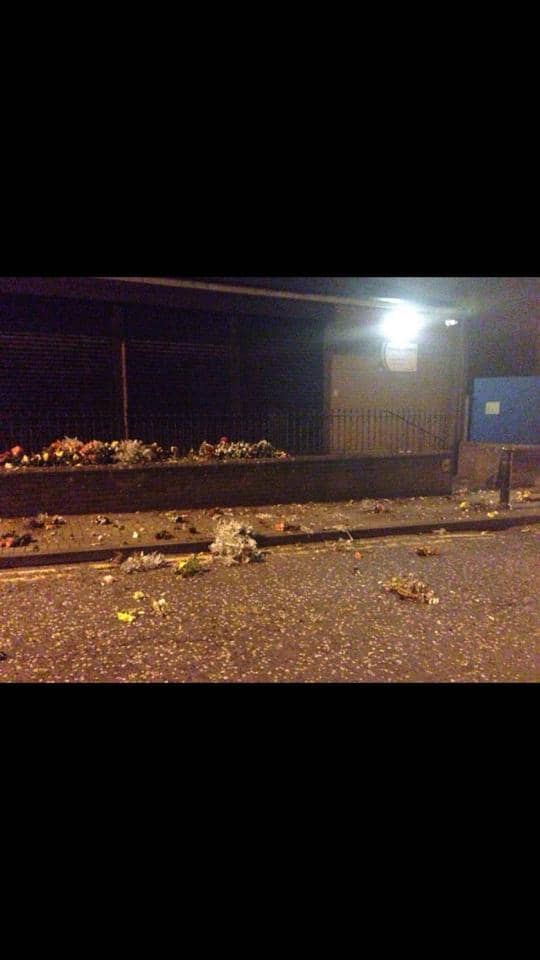 This is the sickening scene in Keady after mindless morons ran amok and uprooted scores of freshly planted flowers.

The disgraceful scenes have angered the entire community in the South Armagh town and quite rightly so.

Lcal SF Cllr Darren Mc Nally is disgusted and says he shares the anger of the local Keady community at the “spate of vandalism in the town”.

He said: “This mindless act of vandalisim is seen by most as an attack on those of us within this community who are working together to enhance the area and raise community self esteem.

“People are rightly angry. However, we will continue to focus on working in partnership with groups, agencies and individuals who are focused on enhancing Keady rather than be distracted by anti-social elements.”