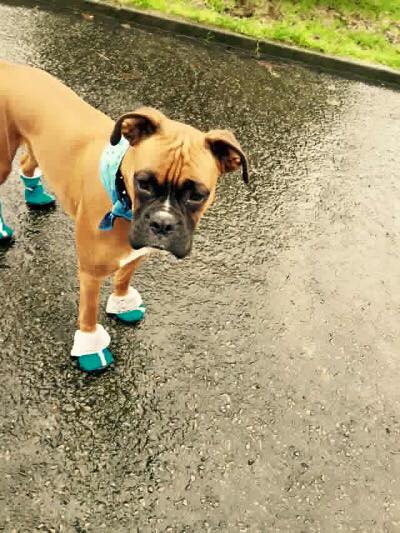 The heartbroken owners of a boxer dog stolen in County Monaghan three weeks ago have received a ransom demand from the thieves.

The elderly couple had been devastated after Finn was taken from the garden of their home at Ballybay, at around 3.30pm on Wednesday, December 7.

Finn’s collar had been removed and left lying in the garden.

The owners had offered a reward and two weeks ago expressed the belief that their beloved boxer may have been taken north.

Like many other media organisations, Armagh I reported on the theft and hundreds shared the appeal in the hope of bringing Finn home where he belongs by Christmas.

But the owners were left feeling sick and disgusted after a Boxing Day telephone call demanding €15,000 be paid for the dog’s return.

The caller – who spoke with a “very strong country accent” – said Finn would be hanged from a tree if the money was not paid.

A Facebook page – Bring Home Finn – was set up in the aftermath of the theft and now boasts in excess of 18,500 followers in just under three weeks.

Details of the sick demand were revealed in a post, which states: “Reward is €5000 clearly to call and threaten from a private number is disgusting. And demand €15,000 or you will hang Finn. It’s obvious the exact people you are.

“You will have the public and a nation to answer to and you will be found.”

The call has been reported to the gardai at Monaghan.

If anyone can help find Finn or has any information, contact the family via the Facebook page Bring Finn Home.