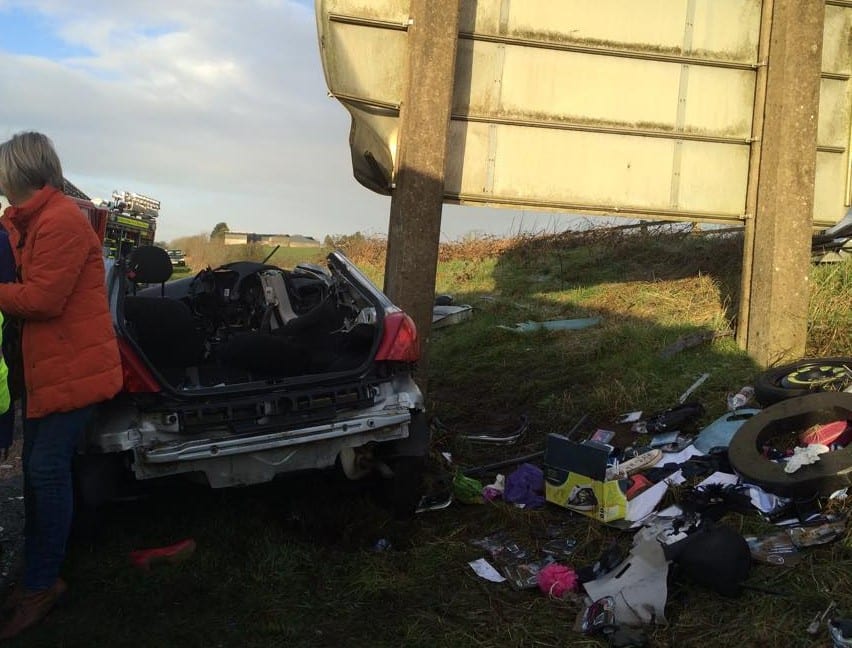 An eye-witness has described the horrifying moment he saw THREE crashes while stopped at one which had already happened.

A staggering TEN road traffic accidents on the M1, particularly between Dungannon and Loughgall, were reported to police this morning.

A nurse, who helped out at the scene, said he “stopped to help a car that spun off the road in black ice and watched a further two happen in front of me.” “The third was a young nurse who I stayed with. Both legs crushed and arm broken. I had to telephone her mother and new fiancé the news. It took nearly two hours to cut her out. I sat with her mother and fiancé waiting until she was out. As I left the scene two hours later I saw the evidence of a total of seven accidents.”

He added: “I’m a nurse and have a duty and personal requirement to stop and help. I saw the aftermath of six and witnessed three of them.”

A police statement read: “NIAS attended the report of a one vehicle rtc at approximately 6.40am. One woman was treated for non-life threatening injuries.

“NIAS also attended another woman at approximately 7.30am following a one vehicle rtc. Again, it is not believed that her injuries are life threatening.”

There were no other injuries reported with any other of the rtcs.