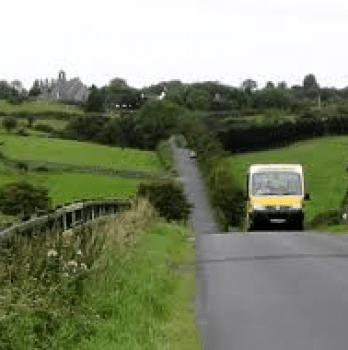 Two months after the Southern Education and Library Board was lambasted for withdrawing transport from four local primary schools, the SELB sent an official into the lion’s den to explain the rationale.

It was in the spring that Armagh I reported how Sinn Féin Councillor Mary Doyle raised the matter on behalf of those attending St Michael’s in Clady; Foley Primary School, St Mochua’s in Derrynoose and St Patrick’s, Keady, all of which had seen reductions in the numbers of pupils who can avail of free transport, a situation which Councillor Doyle believes places undue pressure of their families.

Speaking then, Councillor Doyle said: “Last September children in St Michael’s Primary School, Clady who had been getting school transport were informed that the facility was being removed. I met with SELB Transport Management staff at the time and they agreed to re-examine the case in light of the concerns I raised. However, much to the disappointment of parents locally, the decision remained.

“Following my investigation into this it has come to light that the only other schools from which the SELB had removed transport were Foley Primary School, St Mochua’s in Derrynoose, St Patrick’s in Keady and a school in Warrenpoint.

“I find it extremely worrying that out of 296 schools in the SELB area, four Armagh schools have been targeted. Out of 27,000 pupils, 19 children from Armagh are being denied their school transport. All pupils who fit the criteria should get transport.”

It was off the back of those concerns that an official from the SELB was invited to come to a committee meeting of Armagh City and District Council and answer the charges.

During the course of discussion, he explained that the SELB had a statutory obligation to assist with school attendance.  

It was pointed out that 90,000 children were provided with school transport by the SELB. 

Sinn Fein Councillor Mary Doyle again expressed her concern, this time face to face, that within the entire SELB area, there were four schools – in the areas of Clady, Foley, Derrynoose and Keady – within the one area which had been affected.

She highlighted that only one other school, in Warrenpoint, had suffered cuts and asked why the cuts appeared to be targeted in this one area.

The SELB representative explained that cuts were made to improve operational efficiency and that cuts in one area were “coincidental rather than as a result of targeting”.

SDLP Councillor Sharon Haughey-Grimley asked the SELB representative how the areas were selected for cuts.

The representative explained that, with 300 individual runs, each was not analysed annually, and that they were only looked at under certain circumstances, such as a bus driver retiring, school closure or the number of pupils falling. If the number was less than 10, it was stated that the SELB would review the situation and perhaps provide financial assistance instead. 

Councillor Haughey-Grimley requested clarification on how ‘door-to-door’ was considered when working out eligibility.

The SELB representative told members that the Board had one of the most generous methods of calculating the distance from home to school, in that it was from front door to the nearest useable school door, whereas some calculated it from the home and/or school gate.

Independent Unionist Councillor Paul Berry made the point that, in rural areas, such as Markethill, pupils traditionally would have been able to take an SELB bus if there were free seats going to the same town.

The SELB representative agreed that this was the case, but the number of students wishing to avail of this was increasing year-on-year, therefore every student could no longer be accommodated.

The official stated that there had been a £1.2m reduction to the transport budget in the past two years. The SELB having the largest number of eligible pupils meant they also suffered the largest cut.

But with school transport being a public asset, if there was an empty seat on a bus and an eligible pupil for that seat, then that pupil would get it.   

Councillors were told that, if after a systematic review of all areas, any pupil was left without a seat on a bus, then alternative transport assistance would be offered. 

UUP Councillor Jim Speers said there appeared to be a trend for parents sending pupils outside the local area – perhaps as a result of too much choice – which was to the detriment of local schools.

He stated that, in his experience, the SELB had always endeavoured to provide an efficient and fair service.