Second dumping in a week 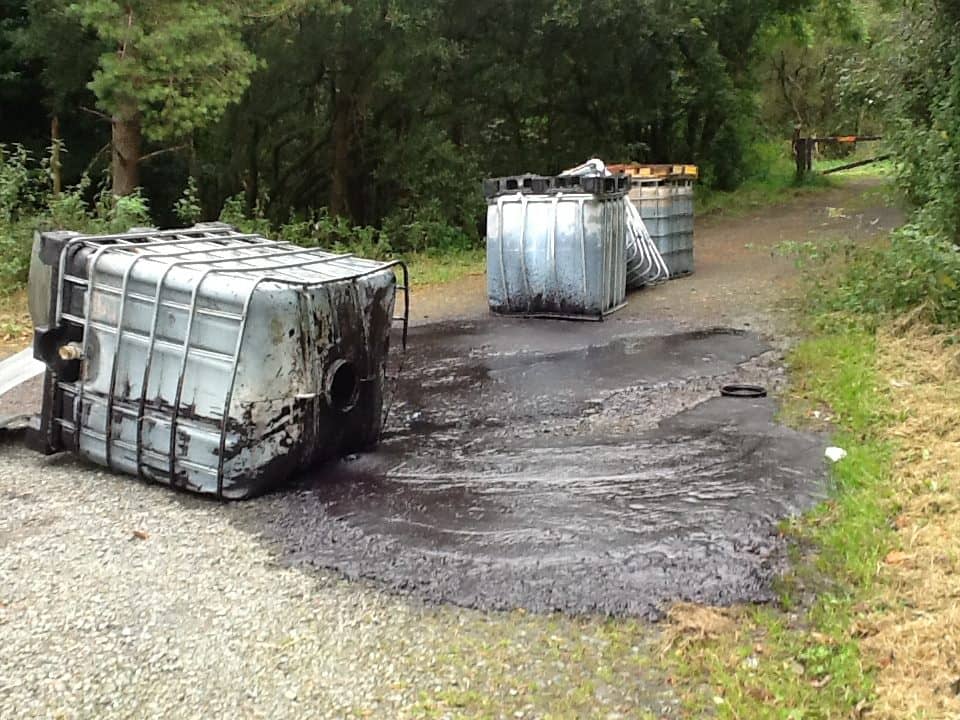 SDLP Councillor Thomas O’Hanlon has called for urgent action on the dumping of illegal fuel waste as the Derrynoose and Carnagh areas were both targeted this week.

Councillor O’Hanlon explained, ‘This is the second time this week this area has been targeted by the mindless thugs behind fuel laundering, on Monday it was five cubes of waste Crossnenagh Road in Derrynoose and on Thursday four more cubes were dumped at Carnagh Forest.’

‘This is a disgrace and this community is completely fed up with this area being used as a dumping ground.  This morning I took calls from very angry residents and was contacted by young people via Facebook to alert me of the dumping.’

‘This latest incident was horrible, the cubes were busted and the waste was all over the pathway.  This is a beautiful area and is well used by walkers.  I have been working with officials from Council and the Forestry Service to seek recreational facilities at Carnagh as there is so much demand for the use of the forest.’

“It’s high time we had action taken to stop this once and for all.  Just who do the thugs responsible think they are, I wouldn’t imagine they would like this stuff dumped all over their front gardens.  I would appeal to local people to be extra vigilant and to report any suspicious behaviour in the area to the authorities so we can put an end to this once and for all.’