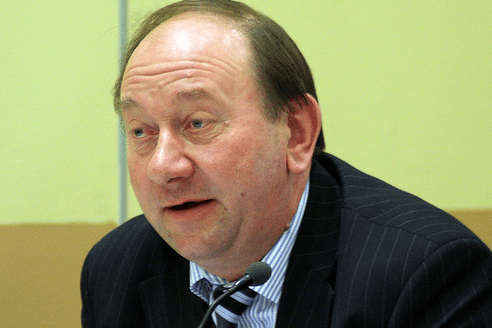 Licensing requirements currently only relate to the safe storage of petrol, given its highly combustible properties.

And studies by the Department of Justice and DETI have shown it could not be adequately amended to include diesel, meaning new legislation is required, insists the DUP Assemblyman and Armagh councillor.

In responses to the Northern Ireland Affairs Committee at Westminster from the Organised Crime Task Force, which is made up of stakeholders, including the Justice Department, Mr Ford has stated his intention to review the requirement for new legislation given the unsuitability of the current petroleum licensing laws.

Cllr Irwin who has raised the need for new legislation a number of times with the DoJ and DETI Ministries, says that the work on creating new legislation “must gather pace”.

He stated, “I was shocked but not surprised by the huge laundering plant discovered in my constituency, which had the capacity to launder millions of litres of fuel for sale across Northern Ireland and beyond. The extent of the tax evasion and the impact on the environment due to the reckless disposal of the laundering waste is taking a very heavy toll.

“I believe there is a very robust way to deal with this problem and, whilst I agree that marker technology can be advanced further, I feel the way to really cripple this illegal trade is to have a sufficiently heavy penalty for those who knowingly retail laundered fuel.

“Current legislation does not cover diesel and is in no way related to the act of retailing, rather it refers to the safety of storing and dispensing petrol owing to its highly combustible properties.

“I firmly believe that the introduction of legislation which would penalise the retailer with perhaps a heavy fine and the removal of a retailing license for fuel, would be a massive deterrent and would ensure that retailers only purchased fuel from legitimate suppliers.

“Forecourts could be subjected to regular fuel tests to verify the composition of the fuel and detect any laundered product, which would then see a significant penalty imposed.

“It is clear that the reaction to this problem by HMRC is exactly that – a reaction – when we instead need to be proactive. There is no doubt that the impact of losing the ability to retail fuel of any variety would be a huge deterrent to retailers who are knowingly selling this laundered diesel.

“Most importantly, it would make the illegal and environmentally dangerous pursuit of laundering the fuel much less appetising for the criminals. Progress on this legislation must gather pace and I am expecting a full and positive response from Mr Ford on this issue.”