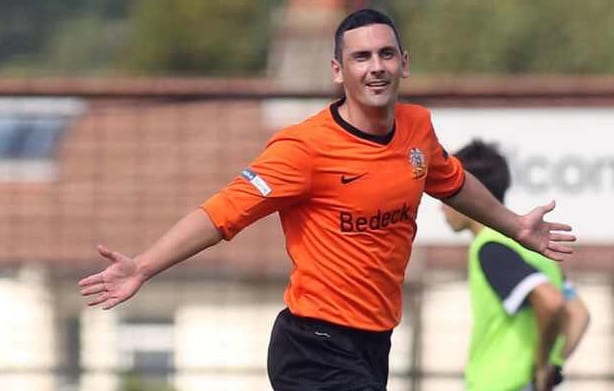 Rival fans will mark the passing of the legendary Mark Farren with a minute’s applause during this Saturday’s Irish Cup clash between Glenavon and Glentoran.

It was confirmed on Wednesday that the 33-year-old had passed away after his battle with cancer.

Glenavon FC fans will celebrate their former star with a minute’s applause during the 10th minute of this important tie.

The gesture is being organised by the Spirit of 2014 Glenavon Supporters Club, with members “absolutely devastated” to learn of Mark’s passing.

They are encouraging supporters from both teams to break into applause as a tribute to the popular player – one of the true greats of Irish football – who played an instrumental role in helping Glenavon bring the Irish Cup to Mourneview Park in 2014. The Supporters Club says there was “no prouder moment” than seeing Mark lead the Lurgan Blues out into that Irish Cup game against Ballymena United and helping them on to victory.

The Spirit of 2014 GSC was in shock today as the news of Mark’s death broke.

“Today football has not only lost a great player but a true gentleman,” the club said.

Glenavon FC, meanwhile, has also spoken of its profound sadness at Mark’s untimely passing and offered condolences to his wife, Terri-Louise, and family circle at this most difficult time.

Terrible news on mark farren, first played with him 17 years ago at Finn harps then briefly at Glenavon..Great lad on and off the pitch..RIP