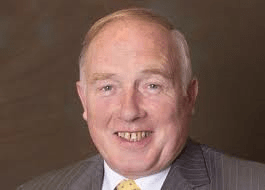 Relevant departments and stakeholders are to be brought on board in a bid to finally solve the problem of a deteriorating wall in Richhill, Co Armagh.

The wall runs along part of the footpath on an approach into the village. Parts of it are bulging and there is even a tree growing in it.

The matter was raised at a meeting of Armagh Council’s Public Services Scrutiny by its chairman, Cllr Jim Speers, who advised that there was no footpath on the other side of the road which made the area unsafe for pedestrians.

However, plans for the bypass did not progress.

Cllr Speers said he understood that the part of the wall which was closest to Richhill was the responsibility of Roads Service and referred to funding of £17,500 from landfill tax received by the council.

But that, he added, would not cover the cost of satisfactory remedial works.

The UUP representative indicated that he had written to Roads Service but no response had been received as yet, and he therefore asked the Clerk and Chief Executive to investigate the matter and arrange a meeting.