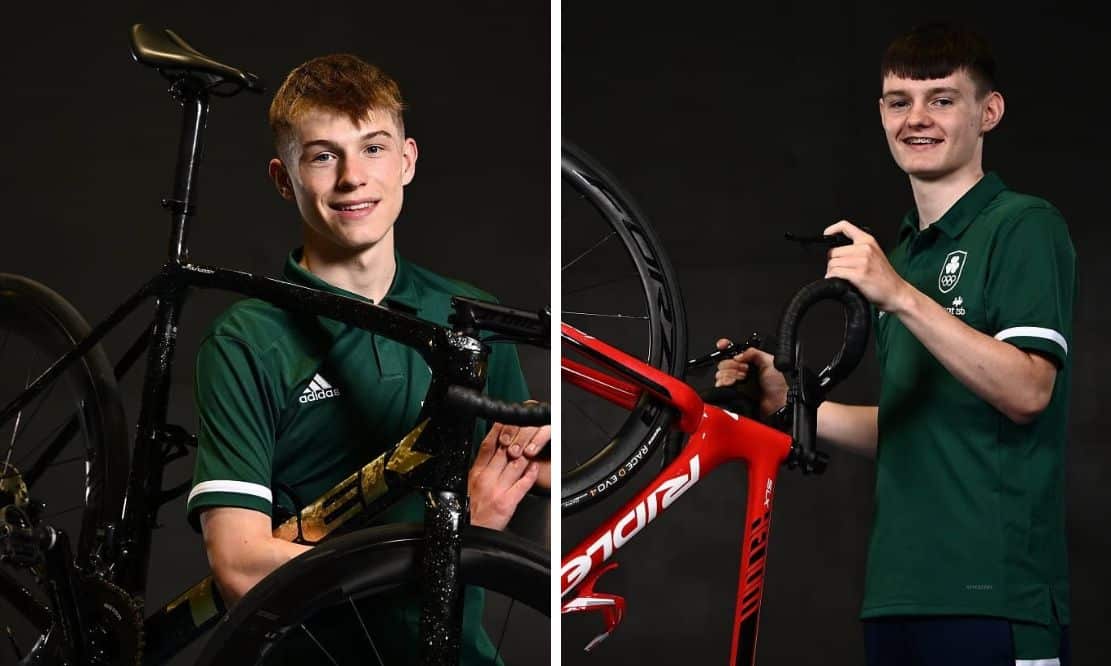 Seth Dunwoody and Sam Coleman, both are members of Richhill-based Orchard Cycling Club

The two Hamiltonsbawn teenagers representing Ireland at the European Youth Olympics in Slovakia are gearing up for the road race today (Thursday) following excellent results at Tuesday’s time trial.

Of the 93 riders participating in yesterday’s 8.4km TT,  Seth Dunwoody and Sam Coleman, both aged 16 and members of Richhill-based Orchard Cycling Club, did County Armagh proud as they placed 5th and 43rd respectively.

Seth did it in an impressive 11 minutes and 6.81 seconds, just 18.91 seconds behind Poland’s Patryk Goszczurny, who placed first in the TT with a time of 10 minutes and 47.9 seconds.

Tomorrow’s road race will have 94 participants and its hoped that Richhill’s two up-and-coming cyclists will bring home even more fantastic results for Team Ireland.

Seth and Sam are among six youngsters from across Ireland who were chosen to compete as part of the island’s cycling team at the European Youth Olympics in Slovakia this week.

The games, which are taking place in Banska Bystrica from July 24-31, are aimed at athletes aged between 14-18 years.

Cycling Ireland nominated a team of three girls and three boys for the games, which feature the Time Trial, and tomorrow’s Road Race.

Also on the Ireland team are Aliyah Rafferty, a member of the Island Wheelers in Dungannon, Áine Doherty (Belfast), Mya Doocey (Navan) and Patrick Casey (Manchester).