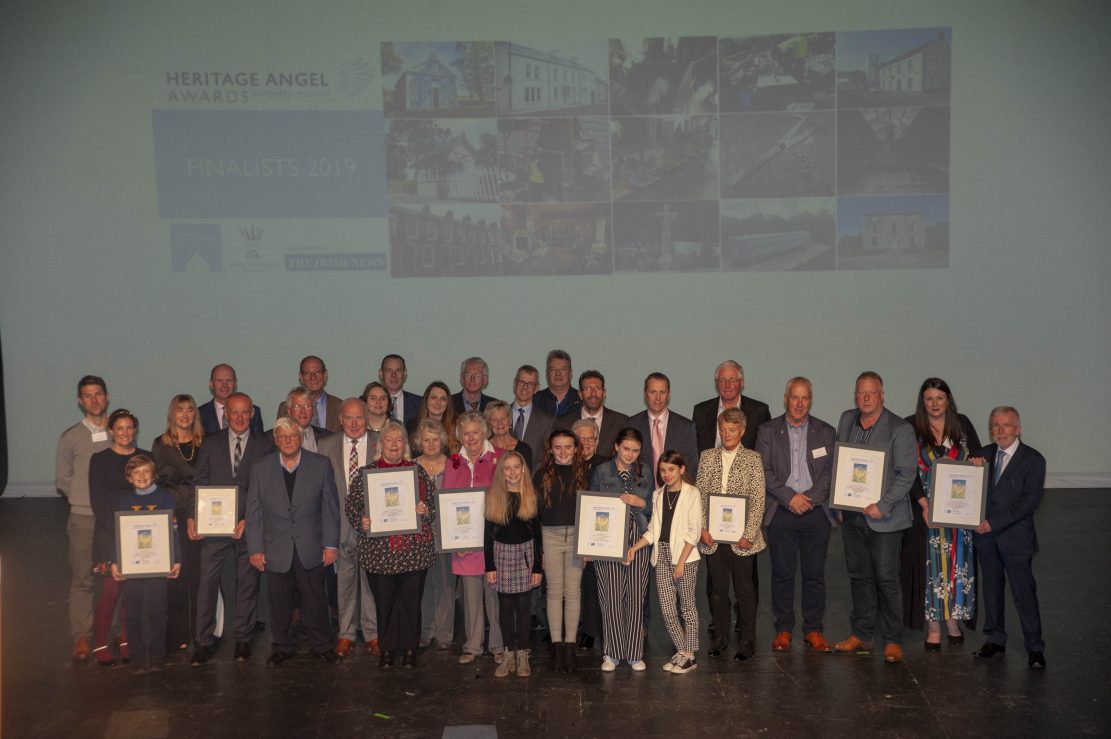 The regeneration of Richhill has scooped a top award at a major ceremony hosted in Armagh.

The Richhill Buildings Preservation Trust collected the award for Best Major Regeneration of an Historic Building or Place for projects in excess of £2M category.

The event was held this week at the Market Place Theatre in Armagh.

Richhill’s award –  for the recent regeneration scheme which has changed the face of the Co Armagh village – was one of seven presented on the evening at the Heritage Angels event.

The awards are funded by the Andrew Lloyd Webber foundation with further support from Armagh City, Banbridge and Craigavon Borough Council and the Department for Communities.

They celebrated individuals and groups who have rescued historic buildings or sites, worked as craftsmen or apprentices, or recorded and interpreted historic places.

The ceremony, hosted by Wendy Austin and attended by almost 400 people, included entertainment by local artists including recent BBC Radio 2 Folk Singer of the Year, Ríoghnach Connolly, The 4 of Us; Tony Villiers and Brigid O’Neill.

Nicola McVeigh, Chief Executive, Ulster Architectural Heritage, said: “From their inception back in 2017 the Heritage Angel Awards have gone consistently from strength to strength, being met with incredible enthusiasm.

“We have been truly amazed by the volume of effort and commitment from groups and individuals across Northern Ireland from the variety of projects who were nominated and applied. The awards are not only about good outcomes for heritage, but the people behind the projects, those who are making a real and lasting difference by rescuing, recording and celebrating Northern Ireland’s historic environment.

He said: “They all deserve to be celebrated for their significant roles in saving Northern Ireland’s Heritage and for the time, enthusiasm, skills and energy that they have dedicated to this important cause.”

Lord Mayor of Armagh City, Banbridge and Craigavon Borough Council, Councillor Mealla Campbell, all offered congratulations to all of the winning and highly commended projects from the 2019 Heritage Angel Awards.

She said: “We were delighted to host this year’s ceremony amidst the beautiful Georgian architecture of Armagh City and to join with those who share a passion for our local heritage. I wish all of those nominated all the very best for the future as they continue their invaluable work.”