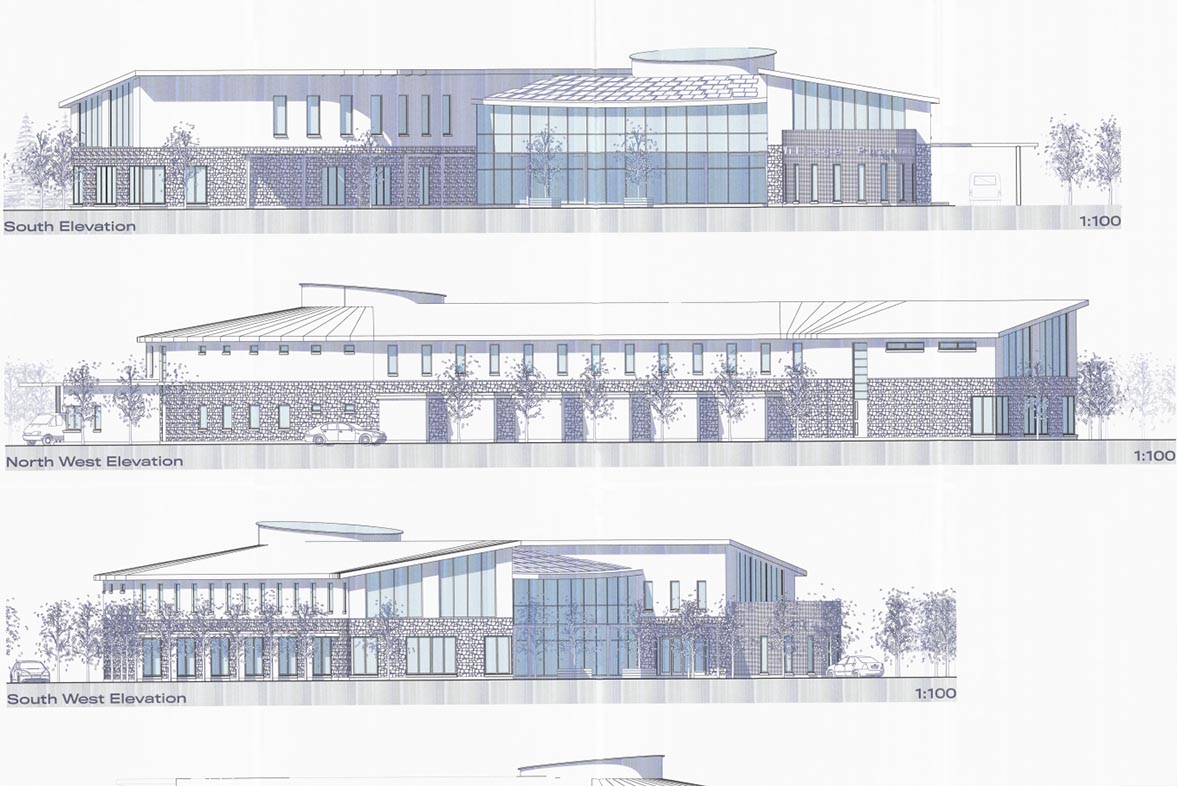 A bid to construct a new health centre hub, minor injuries unit, shops and housing in Richhill – at a cost in excess of £10 million – has been dealt a serious blow.

It is five years since the development was first mooted and outline planning approval was granted.

But now the would-be operator’s quest to renew that outline planning approval – to keep the development plans live and proceed to the next stage – is to be recommended for refusal.

It will be a major blow to Four Winds Investments Ltd, who first raised the proposals back in 2014.

The mixed-use development, it had been estimated, could have created up to 50 jobs in the Co Armagh village when complete.

And that is after the 20 jobs expected to be created through the construction work itself.

The multi-faceted proposal – which also includes community space – relates to a site at the rear of the Normandy Inn on Main Street.

The developer had hoped to win outline planning approval before bringing back firmed up proposals.

When first brought forward in September 2014, it had been estimated the health hub and minor injuries unit would cost in the region of £5.5 million alone.

That was to have been the first phase of the ‘hub’ plans.

The health hub would have included, among other things, five GP surgery rooms, practice nurse, reception, post procedure/triage, pharmacy, staff facilities, toilet provision, meeting room and a day centre too. There would have been a central waiting area and lift to accommodate moving between floors.

In addition to the £5.5 million suggested price tag, it was estimated there would be “significant associated spend during the fit out and finishing processes”.

And the inclusion of commercial units and residential accommodation after the health facilities were in place – in a separate build – were estimated to add an extra £1.5 million to the cost, based on prices five years ago.

Today, it is considered that the cost of the total development could come in at well in excess of £10 million.

The development was given outline planning approval back in 2014, late in the year.

But a fresh application – in a bid to renew that approval – was submitted last year.

And this time round the planning authorities are of the opinion that permission should not now be granted.

According to a planning statement, the residential aspect of the development would have been based around a courtyard theme, intended to “compliment the design of the hub but remain distinct from it”.

The commercial units would have fronted on to Main Street, and would “occupy the lower floors with residential accommodation above in townhouse type buildings”.

There would have been significant open public and play areas incorporated too.

The planning statement adds: “The housing style is designed to provide suitable accommodation for both young families and older people.

“It is our intention to provide accommodation which will allow young families to stay in the area and which will attract newcomers to the village.

“The project will have the ‘hub’ at its core and will provide a range of civic and health related services in high grade, purpose-built accommodation which will be much more accessible, efficient and user-friendly than the current provision.

“It will allow Richhill to offer a range of services to its residents and those in the surrounding area which presently are sourced in either Armagh or Portadown.

“The design will lift the profile of the village, will provided additional employment and a mix of accommodation for both older settled residents and young families.”

One objection – from a resident of Sleepy Valley – had been received in relation to the original proposals.

And the same resident has again expressed objections, referencing the proximity to the family home and also questioning what action had been taken to deal with Japanese knotweed in the area.

The suggestion that outline planning permission should not be renewed – and essentially stalling the development, perhaps permanently –  will go to the September planning committee.

It will be up to councillors then to decide whether or not to accept that opinion.

If they do agree that outline planning permission should not be renewed, the applicant will, of course, have the right to appeal and time will tell if they choose to do that or walk away.