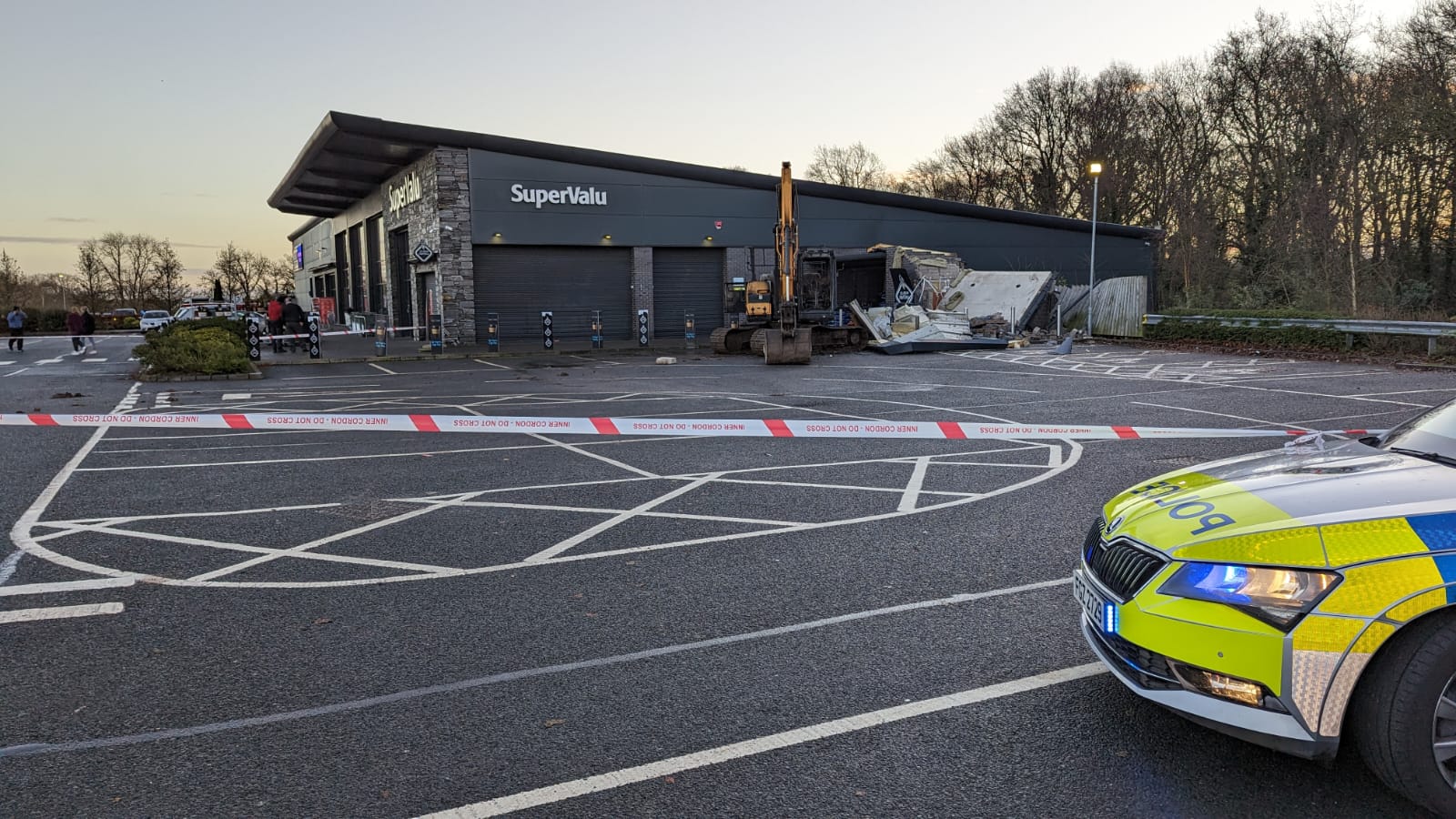 The owner of Fruitfield Foodhall in Richhill has spoken out after a stolen digger was used to rip an ATM from the ground at the premises during the early hours of this morning (Tuesday).

He says that this is the second time this has occurred in two years.

Philip Woods told Armagh I that this was an “attack on the community”, but that Fruitfield was still open for business.

“This happened just on the mouth of Christmas and, you know, the building can be replaced but it’s the service that’s damaged for the local community and passing trade on the road,” Philip said.

“It’s disappointing but you know there’s nothing we can do about it. It happened, you just have to get on with it.”

He added: “This isn’t an attack on me, this is an attack on the local community and that service that is provided for them. You just have to keep the head up and go on. We’ll work with the ATM provider and see where we go from here.”

Philip says that despite the setback, nobody was hurt and Fruitfield is still open today as normal.

“We’re open for business and just moving on. There’s no point dwelling on it, just keep the head up.”

Meanwhile, detectives are appealing for information and witnesses to come forward. ATM stolen at Fruitfield in Richhill

Detective Inspector Handley said: “A report was received shortly after 4.45am on Tuesday morning, December 20 of suspicious activity in the area.

“On the arrival of officers, a digger was located on fire and a built in cash machine had been stolen from the premises, causing substantial damage to the building.

“Our colleagues from the Northern Ireland Fire and Rescue Service attended and extinguished the fire. We believe the digger was stolen from a site a short distance away.

“Two men were observed wearing dark clothing as they placed the ATM into a trailer and then set fire to the digger before leaving in a white van towards the Portadown Road.

“We have since recovered the van, trailer and ATM on the Moy Road and a full investigation is now underway to determine the circumstances surrounding this theft. “I am appealing to anyone who was in the area between 4.30am and 4.45am and saw what happened, or who has information which could assist our investigation to call us.

“In particular, I am appealing to anyone who saw a white van towing a trailer in the Portadown Road and Moy Road areas to get in touch with detectives by calling 101, quoting reference 183 of 20/12/22.”

Alternatively, information can also be provided by calling the independent charity Crimestoppers on 0800 555 111.

You can also submit a report online using our non-emergency reporting form via www.psni.police.uk/makeareport/