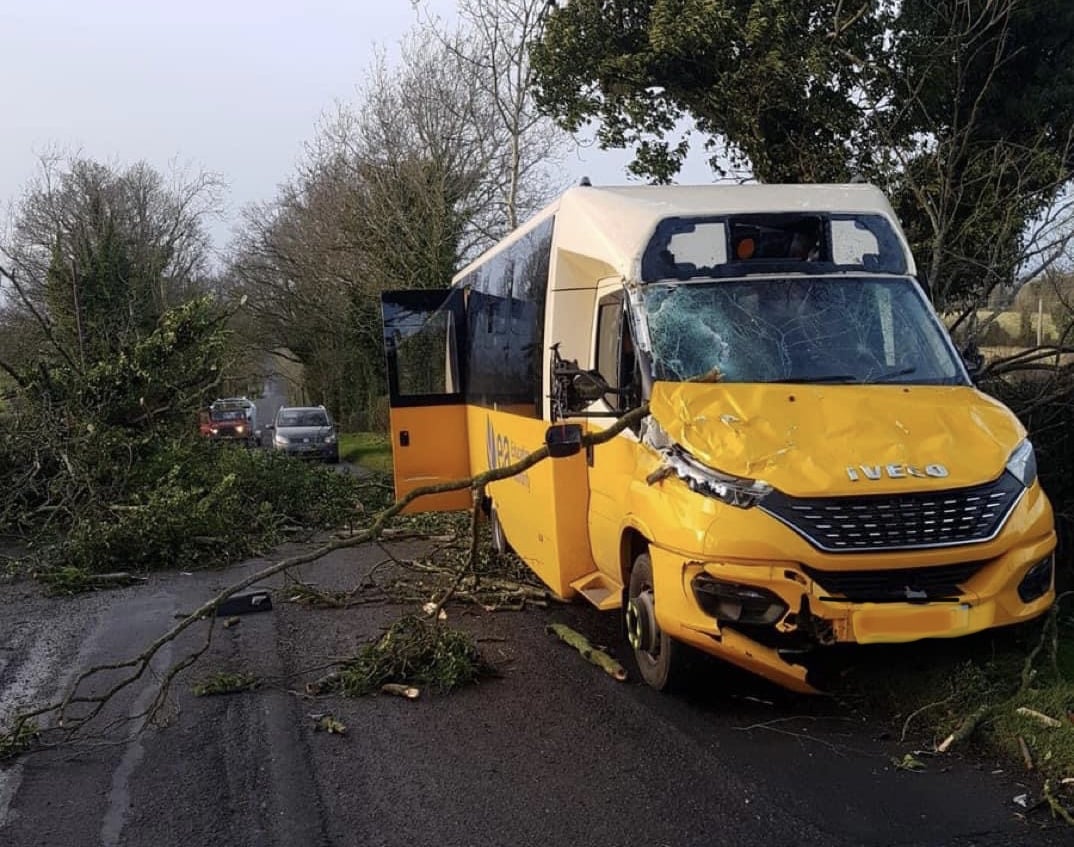 A tree fell on a school bus carrying six children in Richhill earlier this afternoon (Thursday).

High winds have wrecked havoc and the pupils from Hardy Memorial Primary School were fortunate to escape serious injury.

The bus driver suffered a number of cuts and bruises as a result of the shocking incident.

The school has contacted the parents of all students to inform them of the dramatic incident which occurred shortly after 3pm.

The school informed the parents that all six children were okay.

“[The driver] has a few scratches and bruises but is fine – very, very lucky,” they said.

The school confirmed that there will be no bus service tomorrow (Friday).

Alderman Jim Speers, who is chairman of the school’s Board of Governors, described the incident as “very worrying”.

“Six school children and their bus driver have narrowly escaped injury after a tree was blown onto their school bus outside Richhill,” he said.

“I have spoken with school staff, this was extremely worrying for everyone involved.”