Co. Armagh family distraught after being told to remove caravan from holiday site 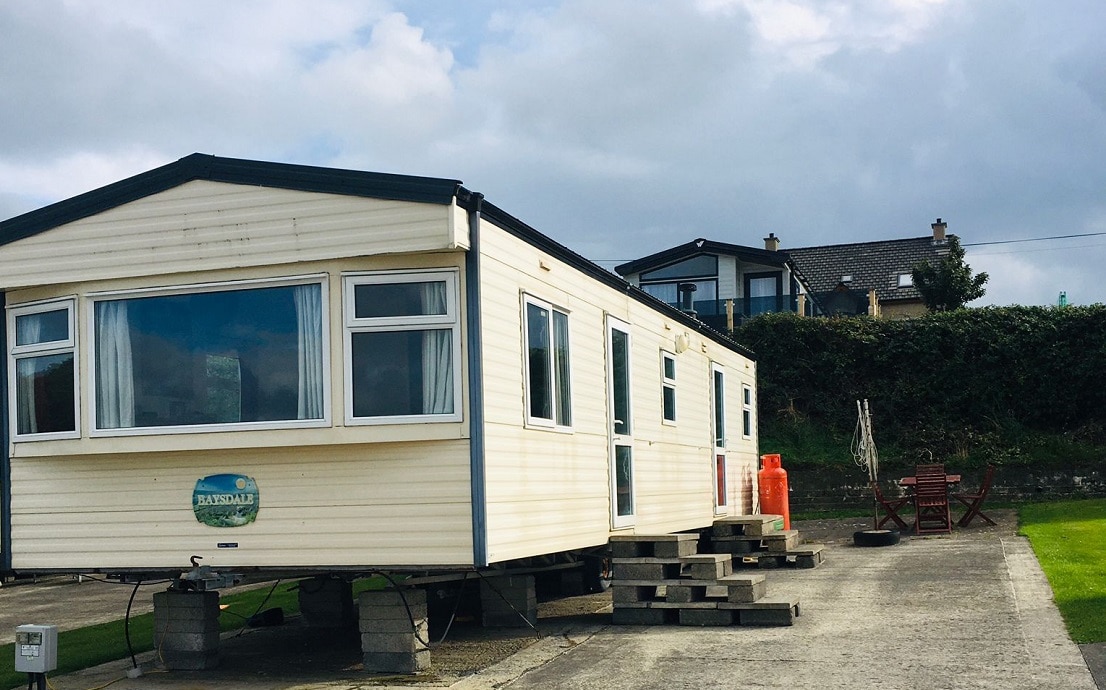 The last 18 months has seen many words enter popular vocabulary and just one of these has been the Staycation.

However, for many families through the generations, caravans and motorhomes have provided the only option for a getaway.

Just one example is the Greenaway family from Richhill, who have been regular visitors to the family caravan at Shanlieve Holiday Park in Cranfield.

But now they fear they have spent their last summer on the site – not through choice of their making.

Rhonda-Jane Greenaway, her husband and their five children have been using the site most weekends and every summer for the past decade.

Speaking to Armagh I, Rhonda-Jane explained that her sister-in-law bought the caravan 15 years ago and brought it to the site.

“It was used as a family caravan, as my sister-in-law isn’t married and doesn’t have any kids, all of which was explained to Alan Milne, who is the site owner and this was agreed verbally with him,” she said.

However, Shanlieve held special significance for the Greenaway family, with Rhonda-Jane’s husband’s late grandmother being one of the first to purchase a caravan at the coastal resort.

“She owned one here almost from day dot, the guts of 50 years ago, and my husband, who is now 43, spent almost every summer there.”

But that all came to an abrupt end when Rhonda-Jane’s sister-in-law received notification from the holiday park that they would not be renewing her licence for the 2022 season.

“My sister-in-law lives in Devon now, and has done so for a number of years. She got in touch with the site management, who replied simply saying ‘you live in Devon, you don’t need a caravan’,” said Rhonda-Jane.

“The only issue they raised was that the licensee of the caravan does not regularly use the caravan but there has been a global pandemic for the past two years. She hasn’t had the chance to come home.”

Rhonda-Jane said that this “gripe” had not been an issue for the past 15 years but now it appeared it was.

The family said they spoke with Mr Milne, the site owner, who they claimed had offered the family one further year but said the caravan would have to be updated after that. Some of the Greenaway children at Cranfield beach.

According to Rhonda-Jane, her family is not alone with countless others receiving the same message.

“I can’t bring myself to tell my children they are not going back to the caravan. They know nothing else but being here every weekend and over the summer,” she said.

“The caravan isn’t of an age to be upgraded, it is 17 years old. All five of my kids have made memories which will last a lifetime here. I am so upset, there are no words to describe how I feel.”

Rhonda-Jane described the site as her family’s ‘happy place’, where they could get away from life’s pressures and stresses.

“My husband works two jobs. This is his relaxing place and his place for family time,” she said. “For my kids it is a safe environment for them to make friendships they will cherish.

“But that has all been taken away from us so abruptly and we have been left with no choice but to leave.”

Rhonda-Jane stated that her family had never missed any payment of fees, or otherwise, and had never before had an issue with site management.

“It is not just about us, there are others with children who have special needs and this will be their happy place. This is also a tough time financially and many cannot afford any kind of upgrade.

“We have made sure that our caravan has been maintained throughout the last 10 years. It does not need upgraded and would not for another 10 years.”

Milne Holiday Parks, who own the Shanlieve site, have been contacted for comment.