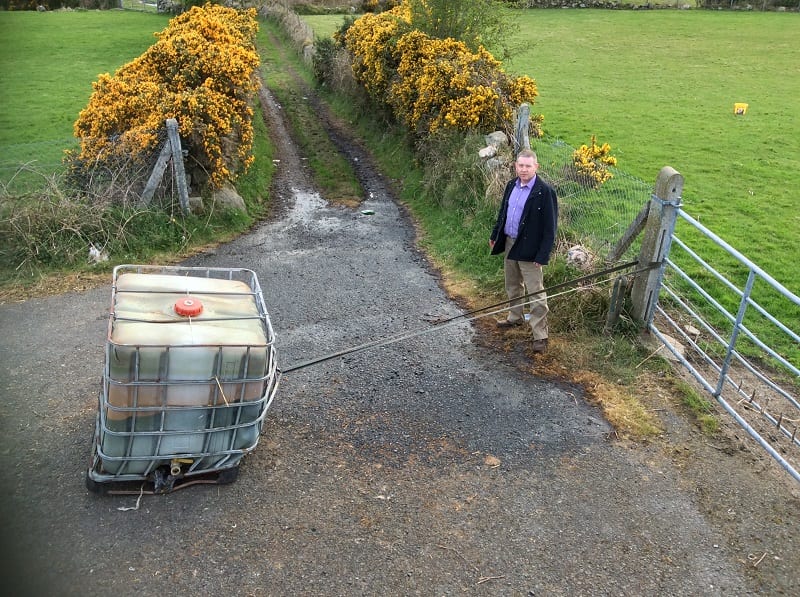 “Local residents and the farming community are disgusted that this toxic sludge was abandoned on a road in South Armagh,” said Cllr. Larkin.

“A white van was seen reversing up to a gateway where the occupants tied a ‘cube’ to the post before driving off.

“The container began leaking when it landed from the back of the van. There is untold damage being done to the environment by this poison. This in turn must be a threat to the health of animals and residents alike.

“The community does not want these toxins unleashed upon it. It is long past time those involved in diesel laundering stopped poisoning their country, neighbours and own families.”