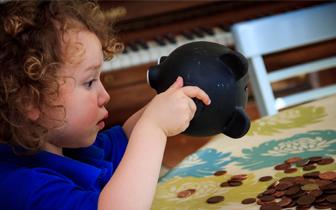 A local MLA has expressed shock and outrage at recent revelations that many parents are paying up to 44 per cent of their wages to cover childcare costs.

And Newry and Armagh Assemblyman Mickey Brady has said the latest comprehensive report into the provision of childcare, highlights more needs to be done to make it affordable to parents.

New research by Aviva has shown that, for one in 10 families here, one parent’s wages are consumed by childcare and commuting costs.

The high cost of childcare in proportion to wages is an issue which has hit the headlines time and time again over the last couple of years.

The Employers for Childcare Charitable Group says that, in Northern Ireland, its annual childcare cost reports have highlighted, since 2010, the pressure high childcare costs place on local families.

2015 is a year which will see the introduction of a range of changes which will impact on the financial support parents currently receive with the cost of childcare.

Most prominently, Tax-Free Childcare is expected to be launched in autumn this year, coinciding with the closure of the Childcare Voucher scheme to all new members.

Tax-Free Childcare will enable eligible families, in which both parents are working, to claim 20% of their childcare costs, up to a maximum of £2,000 per child per year.

In order to save the maximum amount, each family will need to have childcare costs of £10,000 per year for each child.

To find out which forms of financial assistance are best for your family, contact one of the Employers for Childcare Charitable Group’s Family Benefits Advisors for a free ‘better-off’ calculation on 0800 028 6538.

Local Sinn Fein MLA Mickey Brady has welcomed the work being done to highlight this issue.

“I welcome the report by Employers for Childcare Charitable Group into the provision of childcare in the North that highlights the problems we are facing,” he said.

“I am also concerned that 49% of parents are unaware of their full entitlements in relation to childcare. All of this is leading to 51% of those interviewed stating they have either reduced their working hours or gave up work altogether.

“This has had a detrimental effect to the earning potential of many families as well as to employers, who find they are spending valuable resources retraining new staff.

“If we are to encourage parents into work then we must make affordable childcare a priority so that people can raise their families while pursuing a career.

“Parents should check out how they can access their full child care entitlements.

“We in Sinn Féin will continue to campaign for affordable childcare right across the North.”