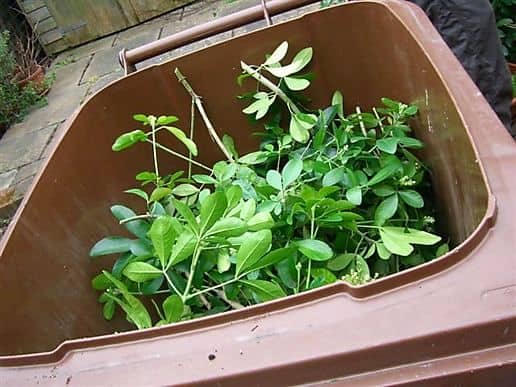 RECYCLING efforts in Armagh are being undermined and hampered by increased contamination of waste dumped in brown bins – with everything from glass jars to nappies turning up!

And now Armagh City and District Council is urging residents to be more aware of what they put into their brown food and garden waste recycling bins, as contamination is on the rise, raising costs and making recycling increasingly difficult.

The council found that, despite a large majority of residents following guidelines for what can go into the brown bins, their efforts are increasingly being undermined by a few people adding items that shouldn’t be included.

Daily checks into contamination levels show that over the last few weeks more and more brown bins have contained something that cannot be recycled, including plastic bottles, nappies, glass jars, tin cans and general household waste.

Said a council spokesperson: “Not only does this mean that loads may be rejected and sent to the landfill instead of being turned into compost, but also that the City and District residents’ excellent recycling achievements are being threatened and costs to ratepayers massively increased.

“Brown bins are for recycling food and garden wastes only, everything from fish, chicken bones and meat scraps, to left over pizza, fruit and vegetable peelings, eggs shells, teabags, coffee grounds and grass clippings. All of these things can be recycled into a rich peat free compost, reducing both landfill and our carbon footprint!”

For more information on recycling kitchen and gardens wastes in Armagh City and District, contact the Council`s Recycling Helpline on 028 3752 9624, or visit www.armagh.gov.uk