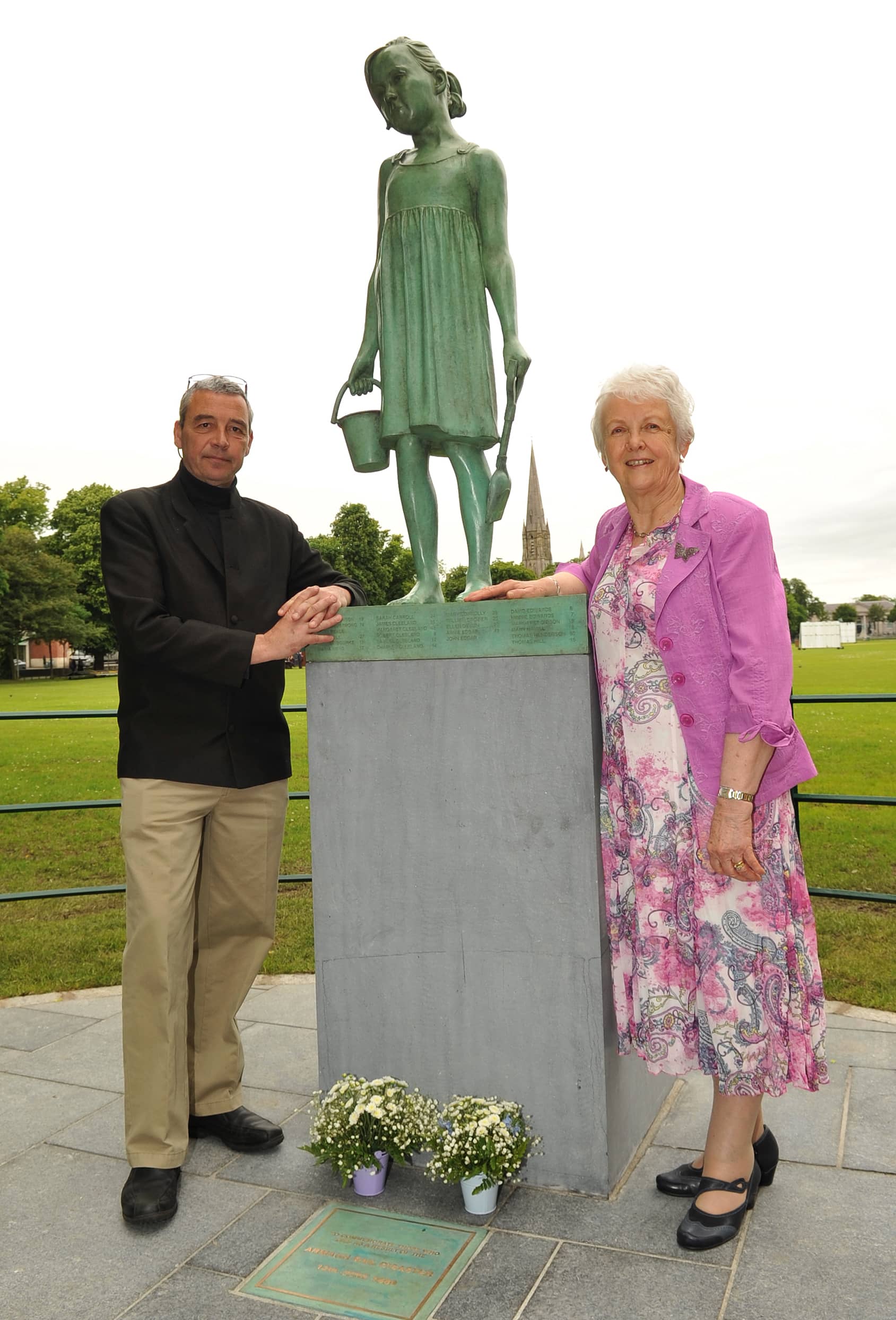 The man who crafted the beautiful sculpture on the Mall, to commemorate the 125th anniversary of the Armagh Railway Disaster, has been appointed to create a similar legacy work of Brian Boru, Armagh I can reveal.

Co Mayo sculptor Rory Breslin has been chosen by a cross-party panel of local councillors and professional arts advisors.

His sculpture on the Mall of a life size bronze of a young girl – aged 10/11 years – in Victorian dress, barefoot, carrying a bucket and spade setting off on a Sunday School excursion, has been widely praised as a fitting and lasting tribute to the 88 who died in the Armagh Rail Disaster.

Now he is set to immortalise Brian Boru, who was killed at the Battle of Clontarf on Good Friday in 1014, and who is buried within St Patrick’s Church of Ireland Cathedral.

This sculpture, when completed, will be erected within the Cathedral Gardens.

Armagh I first reported in August that a £20,000 sculpture of Boru, the only undisputed High King of Ireland, was to be erected in Armagh City.

Armagh City and District Council went out to tender to find an artist to create the piece in a year that marks the 1000th anniversary of Boru’s death.

The ‘Brian Boru Legacy Sculpture’ was an issue which had been talked about for some time, but there had been disagreement between councillors over where exactly the sculpture should be located.

But in a bid to have the work in place as the millennial anniversary draws to a close, the council had advertised for “artists, or suitably qualified/experienced practitioners/contractors for the creation of a new Brian Boru legacy artwork”.

Two possible sites were identified and they are both within the shadow of St Patrick’s Church of Ireland Cathedral, within the grounds of which Boru is buried and for which a plaque is the only tangible identification of that historic fact.

One of the sites was on a raised flower bed, near the entrance of the Cathedral on the east side, overlooking Market Street. The other is within the Cathedral Gardens, which has now been selected.

The total fee for the sculpture, which was described as a “single stage public art commission”, is £20,000 and, as such, does not cover the artist’s preparation of proposals.

A strict closing date for tenders was given as midday on Tuesday, October 7, and three days later the selection panel met to consider returns.

The tender has now been awarded to Rory Breslin and, judging by his previous works, including that for the Rail Disaster, it will be a fitting legacy to the great Brian Boru!

A sculpture to commemorate the 125th anniversary of the Armagh Railway Disaster was unveiled on Thursday, June 12, 2014, at 10.35am. Pictured are sculptor, Rory Breslin with Daphne Weir, whose grandfather, Joseph Foster survived the tragic event at the age of 12. Sculptor Rory has now been commissioned to produce a piece depicting Brian Boru.     Picture: Conor Greenan