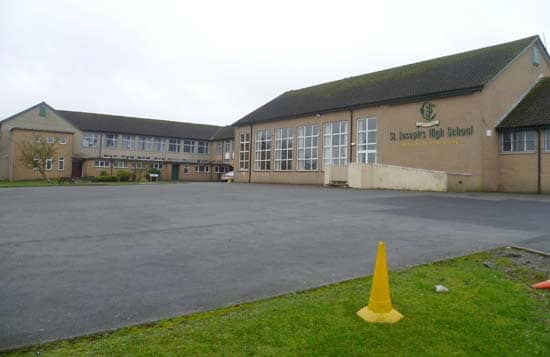 Assembly Member Megan Fearon has written to the Chief Executive of the CCMS, Jim Clarke, to request an update on the progress of a new school build for St Joseph’s Secondary School, Crossmaglen.

Ms Fearon said: “Sinn Féin representatives including Conor Murphy MP, Councillor Terry Hearty and myself have been vociferous in our support for a new school build for St Joseph’s, Crossmaglen.

“I have communicated with the Education Minister John O’Dowd on this matter and I have written to CCMS to ascertain the stage at which these plans currently sit.

“The Southern Education & Library Board Post Primary Area Plan, which is produced in conjunction with CCMS, recommends a new build, co-educational, all ability school in Crossmaglen.

“My colleagues and I fully support this and late last year I met with CCMS representatives to discuss this issue.

“Just this week I have again written to the Chief Executive of CCMS to enquire about the progress of this project.

“I believe that a new school build will help solve the dilemma faced by many parents in South Armagh who understandably want the best standard of education and facilities for their children.

“I have requested that CCMS provide an update on this process and indeed what steps need to be taken over the coming months to ensure that educational outcomes of South Armagh pupils are met with a new school build for St Josephs, Crossmaglen.”