Pylon on the Pressure: Interconnector ‘hold-up costs £25M a year’! 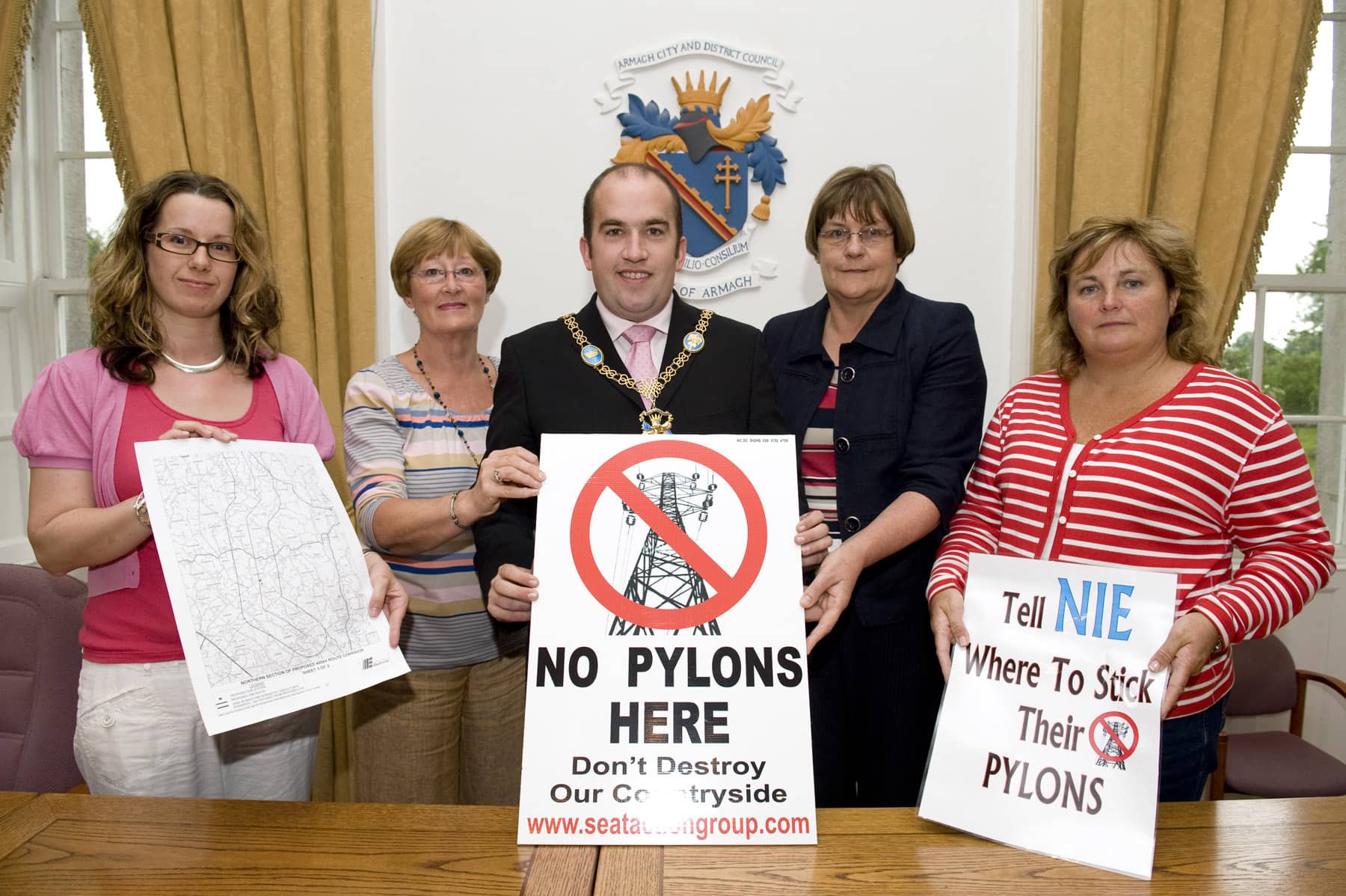 Enterprise, Trade and Investment Minister Arlene Foster made the claims this week as disputes still go on over the development, which would stretch across Counties Tyrone and Armagh and into the Republic.

The interconnector has already been the subject of a public enquiry and its proposal led to the formation of local lobby group SEAT (Safe Electricity for Armagh and Tyrone), who have demanded that the power lines be laid underground amid health fears.

The development is planned to link the grids of Northern Ireland and the Republic to produce cheaper energy costs. Some residents on the route along the Monaghan-Tyrone border are unhappy at the prospect of new pylons being built across the countryside.

MinisterFoster said there was a need to “get to grips” with restrictions on the electricity system in Northern Ireland.

“The constraints are caused by the Moyle interconnector only working at half capacity and the fact that the North/South interconnector has not become a reality,” she told the Northern Ireland Assembly.

“Because of the fact that we don’t have the North/South interconnector, that is costing the consumer in the Republic of Ireland and in Northern Ireland £25 million a year.

The Minister stressed that the electricity grid needed to be capable of dealing with extra supplies from renewable sources.

A battle has been fought between proponents of a plan to build an interconnector on pylons from the Republic through County Armagh and residents and landowners who fear its impact on the environment and health.

The Consumer Council has called for a cross-border link at the lowest cost to the consumer, which is to mount the connector on pylons rather than burying the wires underground, separate research for the UK Government has shown.

According to the Consumer Council, the average electricity bill in Great Britain last year was £530 (624 euro) a year compared with £588 (693 euro) a year in Northern Ireland.

It said consumers were bearing more risk from higher costs than shareholders in electricity companies and prices were greater because energy policy is ‘’confused and contradictory’’.

SEAT, however, has fought a hard campaign over recent years and won the backing of local people and politicians from all quarters  in their cause.

SDLP Councillor Thomas O’Hanlon helped SEAT members (pictured above) launch a fundraising drive during his year in office as Mayor of Armagh in 2009.

And the whole interconnector process shows no signs of coming to a conclusion any time soon!

What are your feelings on the proposed interconnector? Do you object to the use of pylons overhead in the County Armagh countryside? Or do you feel that the potential monetary losses – as outlined by the Minister – are more important? Tell Armagh I what you think…